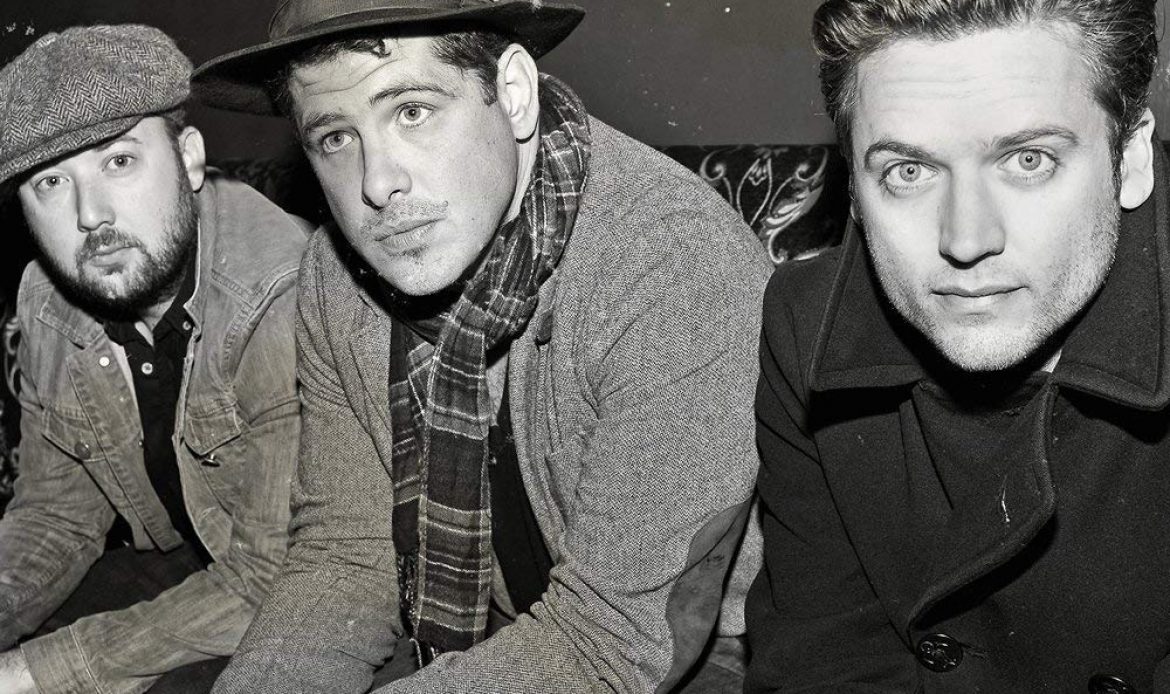 (We Are) Augustines were a rock band from Brooklyn formed by singer and primary songwriter William (Billy) McCarthy and multi-instrumentalist Eric Sanderson in 2011. The band rose from the ashes of McCarthy’s and Sanderson’s previous outfit Pela.

We Are Augustines & debut album

Pela broke up after McCarthy’s brother James had committed suicide. McCarthy and Sanderson recording the songs that would eventually become Augustines’ debut album Rise Ye Sunken Ships. The album was released independently and most of its tracks dealt with the loss of McCarthy’s brother and mother. Just before the album was released, drummer Rob Allen joined the band as a permanent member.

Rise Ye Sunken Ships was released worldwide on March 5th 2012 and soon gained positive reviews. The band received a lot of support across the UK and Europe where they soon built a reputation as one of the best live bands of the moment with their intimate shows and signature in-crowd performances.

After an extensive touring cycle, the trio began recording their self-titled sophomore record in late 2013. The band won a legal battle against another band allowing them to remove the We Are from their name as they had always intended. Augustines was released on February 3rd 2014 and entered the UK charts at number 42. At the end of the year, they played their biggest headline show to date in front of 3000 people at the Roundhouse in London.

The band released their third and last record This Is Your Life on June 10th 2016. The band were forced to cancel several shows across the summer due to illness. McCarthy and Allen performed a run of UK gigs without Sanderson who was at the time being treated for pneumonia. When a scheduled show at London’s Brixton Academy failed to sell out, it was moved to the O2 Forum Kentish Town.

On September 6th 2016 the band announced via their social media that the upcoming tour would be their last. They cited financial difficulties as the main reason for their amicable split. The band played their final show at the O2 Academy in Liverpool on October 31st 2016 which was broadcast live via Facebook.

In January 2017, former frontman McCarthy announced that he was working on a solo album as well as a book (Unsheltered). He completed a solo tour throughout the UK and Europe in the spring of 2017.

Shelter was founded via the crowdfunding platform Patreon and released to patreons in April 2017. The record consists mainly of cover versions of songs that McCarthy listened to after Augustines split. Later that year, the record was made available for digital download via Google Play and iTunes. It is now also available to stream on Spotify.

In March 2013, he toured the US for the first time since Augustines’ broke up. On April 12th 2018, McCarthy was forced to cancel his upcoming May UK and European dates due to a disc prolapse.