Some of the world’s biggest musicians are female, yet year after year they seem to being disregarded by festivals. Big festivals like Glastonbury, Coachella and Lollapalooza are celebrant of the biggest names in music and help music fans all over the world define who those big names are. Yet a large proportion of the time, the release of festival lineups highlights the gender inequality in the music industry.

The Play Gap: Low Levels of Female Musicians At Festivals

The world’s most in demand artists are Ariana Grande, Beyoncé, Lady Gaga and Florence + The Machine, with rising stars like Halsey and Billie Eilish gaining increasingly more popularity at festivals. But not only is it a rare occurrence to see female artists headlining festivals, it’s also rare to see established female artists play at festivals at all. A 2018 survey completed by Pitchfork found that on a whole women only make up 19% of your average festival lineup-

Based on the 19 fests we tracked in 2017 and 2018, female representation has increased from 14 to 19 percent, while the percentage of groups with at least one female or non-binary member, held relatively steady at 11 percent. Of course, that still means that seven out of 10 artists on festival bills are men or all-male bands.

Last year, out of 183 acts playing at Bonnaroo festival in America, only 38 of them happened to be female or had a female member and none of these were headliners. Yet this still is an improvement on 2017’s numbers, as 2017 saw only 7% of all artists being a female.

To excuse this, it’s also stated that female artists and bands are ‘typically’ up and coming, yet this is not the case. Billie Eilish for example is getting bigger and bigger by the second, breaking records and drawing huge crowds. Another example of this can be seen with Halsey, a HUGE female artist who’s only getting bigger. Yet both of these artists and those in the same league as them are being kept lower down festival lineups.

However, what should be celebrated is the growing number of women that are appearing on festival lineups. 2019 saw Ariana Grande headline Coachella, becoming the 4th female artist to do so. This year, Lana Del Rey will follow in her footsteps. Glastonbury 2019 had more female artists playing than ever, seeing Janet Jackson, Kylie (Minogue) and Miley Cyrus filling big slots. For 2020’s Glastonbury, Taylor Swift, Diana Ross, and Lana Del Rey have been announced as headliners alongside Paul McCartney.

In 2019, TRNSMT have a dedicated stage to female artists. A nod to the famous venue ‘King’s Tut’s’, ‘Queen Tut’s’ hosted more than 18 female artists over the 3 days of the festival. TRNSMT made a pivotal step to ‘pave the way’ for female headliners and to close the gender play gap at festivals.

So as festivals begin to release their lineups and day splits, what female artists and bands should you go and see?

LA sister trio Haim constitute one of the few female headliners to be found on British festival line-ups this year. With 3 new singles under their belt, the Haim sisters are set to release a new album later this year. Known for their captivating live shows and three part vocal harmony, Haim are not to be missed at this year’s Latitude.

It’s been over ten years since La Roux released her breakout track Going In For The Kill. In February 2020, Eleanor “Elly” Jackson returned with the release of her third studio album Supervision. La Roux is not only a pioneer of contemporary synth pop, she is also a fashion icon known for her androgynous style and strongly opposes stylists who try to make her appearance more classically feminine. Catch her at this year’s Truck or Tramlines.

Manchester’s Pale Waves are currently working on album number two. The goth pop band is fronted by singer and main songwriter Heather Baron-Gracie and drummer Ciara Doran. Having toured massively over the past 2 years, the four piece is ready to hit the festival season with new material this summer. Catch them at Truck, Tramlines or Neighborhood Weekender among others.

Charli XCX is one of the UK’s biggest female artists, with over 13 million monthly listeners on Spotify, she’s destined to draw big crowds. An activist of LGBTQ+ rights, Charli spreads love throughout her performances and is not one to be missed on the festival circuit this year. In 2019, she released her third album Charlie. With a wealth of new music in her hands, Charli XCX’s set will be full of surprises. Catch her at this year’s Catch her at this year’s Latitude and Parklife.

All female band Goat Girl are a post-punk band from London who’ve received lots of media attention for their relatable and intriguing lyrics. Named the best breakthrough act of 2018 by Q Magazine and are selling out various venues across the UK. Goat Girl’s sets promise to be one that leaves a lasting impact. You can catch Goat Girl at Wide Awake this year and you don’t want to miss them.

Black Honey are iconic to festival lineups. The band, fronted by Izzy Phillips, have seriously taken off since releasing their debut self-titled album in 2018. Since it’s release, Black Honey have been touring non-stop and have refined their live performances. Currently, they are working on new music. The band are playing at many festivals this year and they’re not to be missed. You can catch them at Sziget Festival in Budapest as well as several German festivals.

When indie goes goth, The Ninth Wave produce something unique and wonderful. Fronted by Amelia Kidd and Haydn Park-Patterson, the band produce a beautiful live show that will leave a lasting impact upon attendants. Last year, the have released their debut album Infancy to critical acclaim. The Ninth Wave are at Sonic Wave this year and promise a captivating set.

Marika Hackman has had a huge impact on the indie music scene and has recently completed another sold out UK tour. Her latest The One promises to be a highlight of her festival sets. You’re able to catch Marika Hackman at Latitude festival this summer, promising a set full of classics and a wealth of new material.

London four piece The Big Moon have just released their sophomore album Walking Like We Do to critical acclaim. The all female band have just toured the UK with Bombay Bicycle Club as well completing a UK and European headline tour on their own. You can also catch them at Neighborhood Weekender in May or at Truck later this summer.

Flipping a middle finger to gender conventions, Dream Wife produce bruising punk with bounds of self assurance. Promising to provide an exciting set, Dream Wife play at festivals across the UK and Europe this season, and promise not to be missed. Catch them at Wide Awake this summer.

After touring with the likes of Hippo Campus and The Regrettes, Isle Of Wight up and coming slacker pop artist Lauran Hibberd has just finished a nearly sold out UK headline tour. Her latest single Bang, Bang, Bang is a fuzzy and upbeat statement that she is here to stay. Hibberd will be playing Truck Festival, All Points East as well as the Viola Beach stage at Neighborhood Weekender.

Formerly known as Lucia, Glasgow four piece Lucia & The Best Boys have kicked off 2020 with the Eternity EP. Their recent name change follows on from a line-up change and takes them in a new and bolder direction with stadium sized indie rock goodness. Catch them at Tramlines or Sonic Wave this summer.

Uxbridge quartet Bloxx are bound to maker 2020 their breakout year. Preparing to release their debut album later this year, the band are currently supporting Twin Atlantic on a massive UK tour. This summer, Bloxx will appear at numerous festivals including 110 Above, Reading & Leeds, or Neighborhood Weekender.

With their second album Disco Valador , the follow up to the crictically acclaimed Silver Dollar Moment, on the horizon, Halifax four piece The Orielles draw inspiration from disco, funk and even acid house. Currently on a massive UK headline tour, the quartet will also appear at Tramlines and Neighborhood Weekender later this year.

Which female musicians and mixed-gender bands are you going to see this summer? Let us know in the comments. 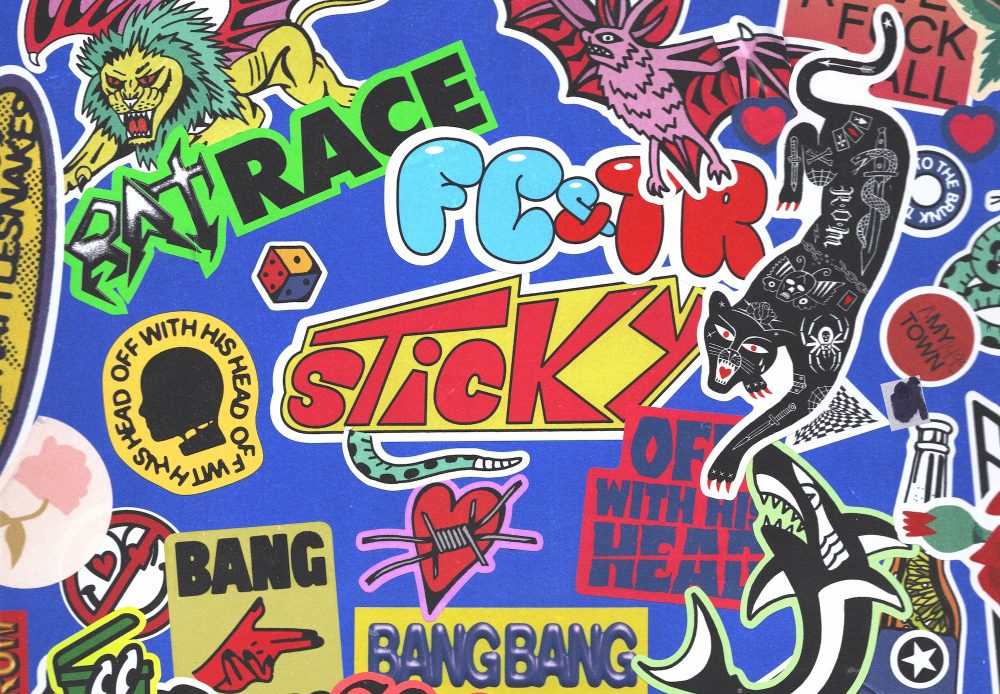