Sam Fender is a name that every avid music listener will have heard. Known for his hard hitting lyrics and gritty rock n roll streak, he carries a unique sound that makes him distinct from others. And now, he’s returned from his successful debut album Hypersonic Missiles with Seventeen Going Under. This eleven song collection is not one to disappoint. It carries the same contagious air, with a more intimate twist. And don’t worry, it’s still political.

Seventeen Going Under cements Fender’s status as the “Geordie Springsteen” as he takes us on a journey of growing up in a world filled with anxiety and dread. He channels his own personal experiences and opens it up for a relatable and real album that will make you feel less alone.

The opening title track Seventeen Going Under will be a familiar song to anyone who has been following the buzz around this album. This track embodies the spirit of the record, and it feels like a soundtrack to an upbeat coming of age film. Following on from tracks released prior to the album is the furiously loud Aye. Written in his signature Geordie tongue, it feels like some kind of political chant. Theres an undercurrent of tension that runs throughout the song, as Sam sings “I don’t have time for the very few, they never had time for me and you.”

As the trademark guitars kick in for Get you Down, theres an optimistic explosion of indie rock that is broken up by his biting lyricism. And of course, it’s never truly a Sam Fender song without the help of his trusty sax player Johnny Bluehat Davis. As the sax riffs around the steady drums and other intertwining elements there is a wall of sound that feels indestructible. The Leveller is a new treat for our ears, and feels different to previous material. We are the scum who overstayed our welcome are some of the lyrics that are sung in a hypnotic and enchanting manner that will have you hooked for more. As strings move in sync with prominent drums, it feels almost experimental.

Alongside the typical and atypical, Fender has made sure to give us some more intimate songs to truly capture his songwriting ability. One of the most honest tracks of the album is Spit of You. It explores the anxieties we face growing up and the worries that we bring into relationships. An intricate fingerpicking is played on the guitar so as not to overshadow the true beauty in the lyrics “I can talk to anyone, I cant talk to you” shows the vulnerability and insecurity many of us feel in relationships.

Last to Make it Home is another slow song that follows the lead of a gentle piano. Layered vocals on the chorus help to build the impact of the song, and it’s a great one to sit and think to. Both of these songs prove that Fender is able to be both fragile and powerful – sometimes even within the same tune.

The driving sound of Gettin Started is instantly recognisable as Sam Fender. It speaks of how we shouldn’t give up on things, and if you’re getting started you “you don’t need to be disheartened.” Mantra is another song that channels life advice in order to work on yourself.

Most of us know Sam Fender due to his politically apt lyricism against charged instrumentals. This is back out in full force during Long Way Off. As infectious riffs run throughout the main vein of the song, strings are incorporated to give a bigger and bolder sound. “Standing on the side I never was the silent type” are words that we know truly resonate to Sam due to his history of speaking out against the government. Again, Paradigms is a bold song that will send goosebumps down your arms. As his striking guitars comment on a broken society, Fender sings how “boys will be boys and how sometimes I wanna die.”

The closing track on the album is another heartbreaker (which you may have guessed from the name). The Dying Light brings a close to the beautifully crafted album through a graceful piano. Sam strips away his standard guitars and indie rock edge to reveal his intimate emotions, before a cathartic explosion of sound hits. “Im alone here, even though Im physically not” are some of the fragile lyrics that will pull on the heartstrings.

Sam Fender’s album Seventeen Going Under is a beautiful followup to his debut. It battles with anger, pain and anxiety which is mirrored through the constant contrast of explosive guitars and gentle pianos. 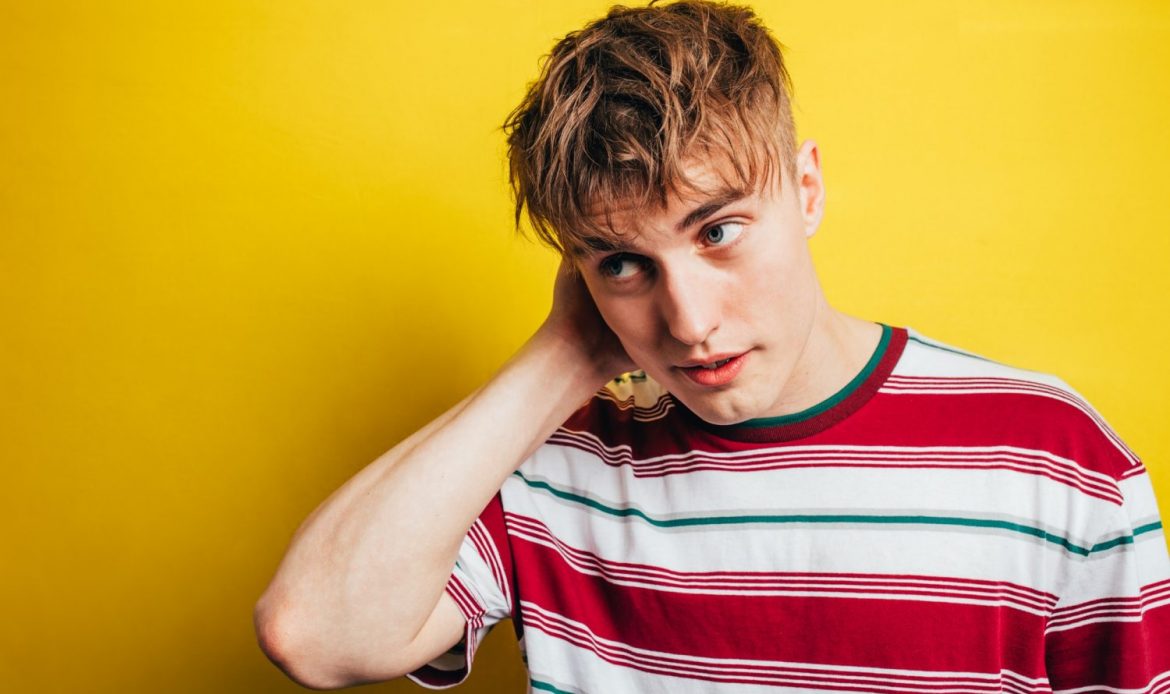