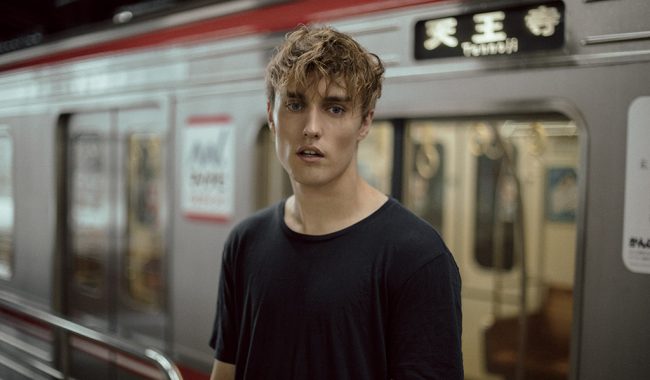 Christmas appears to have come early for all Sam Fender fans. Due to their continued dedication, he has officially released brand new song All Is On My Side. If this wasn’t enough the fan favourite track has also been accompanied by a video showcasing his recent European Tour. Watch and listen below.

Fender has been performing this track for half a decade now and is his latest offering since his successful chart-topping debut album Hypersonic Missiles. The new track is a melodic and groovy, almost masking it’s socially observant centre, pinning down the British night out culture. It has to be noted that the guitar work is reminiscent of an extended War on Drugs epic. However, it also has that unmatchable soul and pithy songwriting which we have come to love from this artist. Especially with cutting lyrics such as “Some drink for fun, some drink to never remember/ Hope you’re not the latter.” It forces you to unwittingly take a new perspective, covered by a catchy tune.

Fender has noted that:

‘All Is On My Side’ is a real live favorite for me. It’s been a mainstay in the set for a couple of years now and it’s nice to release this as a bit of a thank you to all the fans at the end of the year.

Quickly after releasing an anticipated music video for hit track Saturday featuring Peep Show’s Super Hans, he has also released a new video for All Is On My Side, which was directed by Jack Whitefield. The video shows inserts from behind-the-scenes comedic footage from backstage, city explorations and contrasts at the end by conveying the dramatic action of a live Fender show by depicting the reactions of the fans too.

Whitefield has previously said that:

The film was shot entirely on 16mm and 8mm film stock then edited partially by hand using a 1979 Steenbeck editing table. This allowed me to choose specific scenes, remove them from the reel of film and deface them with scratches, tape, holes, and create hand made transitions between scenes.

This explains the almost vintage and personal video which they have collectively created and fitted Fender’s consistent ‘from the heart’ approach in both his music and through life.

Fender was supposed to recently embark on the first two of his sold-out shows at Brixton Academy, however, he was forced to cancel not only his second night in London but the rest of the tour after contracting laryngitis. They have stated that they will inform the new rescheduled dates soon. Not long before this announcement, the Hypersonic Missiles singer had previously made sure to immediately take to Instagram and inform fans that the dates in Birmingham and Bristol were cancelled due to a ‘respiratory tract infection’. They will now take place on January 30th and January 31st respectively.

However, it isn’t all doom and gloom for Fender, whose upcoming spring UK arena tour is now officially sold out. This finishes off a hectic and successful year for Fender, which has been crammed full of triumphs. From starting this year as a BRITs Critics’ Choice winner to opening for Neil Young and Bob Dylan at Hyde Park, and even making a late-night TV debut on Jimmy Kimmel Live!, he’s been leaving his mark all over the globe. An avant-garde artist himself, he’s sure to herald the return of the ‘Roaring Twenties’ and you don’t want to miss it.

Camilla Whitfield is a freelance music journalist for Indie Is Not A Genre.