Rising Liverpool four piece The Night Café today reveal a brand new song titled Endless Lovers. The new track follows on from their debut EP Bunkbed which was released last summer. It is also the first taster from the band’s forthcoming debut album which will be out via AWAL this summer. Listen to Endless Lovers below.

For me, Endless lovers has an important message that you should sort of ‘check yourself before you wreck yourself’ in a relationship. You can feel like everyone around you and your significant other is against you, and you just want to push them away. The song was written from a hypothetical point of view, but also I did feel like that at the time, with no valid reason – apart from my head just being fucked.

2019 is shaping up to be an exciting year for the rising band. At the end of January, they will join fellow Liverpool indie rockers The Wombats on their UK arena tour before touring with Circa Waves in April. The band have also been confirmed for Community and Sounds of the City festivals. All dates and ticket links can be found below.

The Night Café reveal new single The Way Of Mary

The Night Café join The Wombats on UK/EU tour 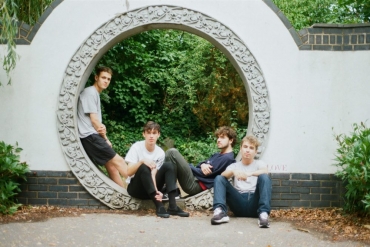