The Blinders – Fantasies Of A Stay At Home Psychopath

Home > Reviews > The Blinders – Fantasies Of A Stay At Home Psychopath

It’s creeping up to 2 years since Manchester via Doncaster band, The Blinders, released their debut album, Columbia. Their debut album saw the band play headline shows at the likes of Manchester’s O2 Ritz, London’s Scala and play sets at huge festivals such as Glastonbury and Neighbourhood Festival. The band’s second album is released this week. Does Fantasies Of A Stay At Home Psychopath fill the boots that The Blinders created with Columbia, or does it fall a victim to the ‘second album curse’?

The album opens up with live favourite, Something Wicked (This Way Comes), it sees the band introduce the album with a bang, setting the tone for what is to follow, menacing guitar riffs drift alongside lead singer Thomas Heywood’s poetic lyrics.

Following on from the intensity of Something Wicked is single, Forty Days & Forty Nights, which may remind listeners of Humbug era Arctic Monkeys. The rhythm section here is effortless, driving the track forward before bursting into light for a striking chorus.

Halfway through the album sits lead single, Circle Song, and I Want Gold, it’s here where the listener will realise that The Blinders have matured, taking them to levels they haven’t been before. Both tracks wouldn’t seem out of place as a James Bond theme, both bluesy with ‘I Want Gold’ having a huge, loud ending.

This then leads us into the Interlude, one which may surprise fans. Interlude is a spoken word piece, seeing Thomas Heywood speak about the literal fantasies of a stay at home psychopath, commenting on someone seeking revenge. Fans are certain to recognise the piano track here, as it has featured in the background of the bands Fantasies Of A Stay At Home Psychopath series on The Blinders’ social media throughout lockdown.

Black Glass was released as the final single from the album a couple of weeks ago, a cohesive track which feels as if it is 3 individual parts, a constantly evolving number which builds from a scattered mix of bass, drums and ruminative vocals into a captivating frenzy of distorted guitars which work in harmony alongside The Blinders’ thought-evoking lyricism.

Closing the album sits In This Decade, slow and reflective, nothing like what has come before, standing out against the rest. In This Decade is rather mournful, with vivid imagery which is certain to resonate with the listener, the finishing line ‘In this decade, there’s no knowing if there’s going to be a tomorrow’ is both sad yet inspiring.

With Fantasies Of A Stay At Home Psychopath, it’s clear to see that The Blinders haven’t fallen victim to the second album curse. The album sees the band mature and blossom beautifully, and has us hanging on for the return of live music. Fans and new listeners alike are certain to fall in love with the tracks upon this album, leaving them hungry for more. 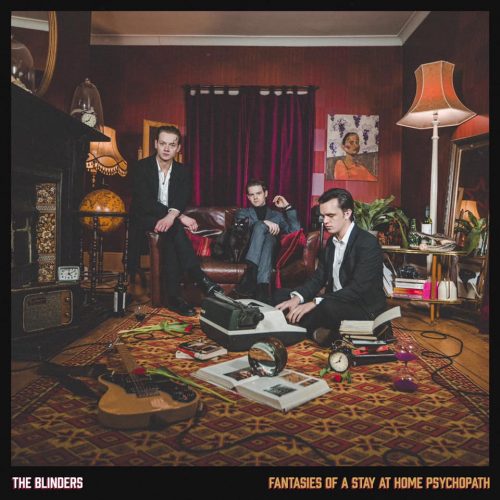