The Blinders – Live At The Ritz

Home > Reviews > The Blinders – Live At The Ritz

It’s almost been a year since Manchester via Doncaster band The Blinders released their debut album Columbia, an album which saw the band go from strength to strength. Since its release, the band have played a sold out gig at, an iconic venue, The Ritz in Manchester. To commemorate the anniversary of Columbia, and to highlight the success of the show at The Ritz, the band now release their live album this week.

Live At The Ritz is a recording of the show, released in collaboration with Blood Records. Limited to 500 copies, the album sold out within a week of its release. Each copy comes hand signed and numbered, and also gave fans access to an exclusive launch event originally taking place on 21st September, which now has been rescheduled until 2nd November.

Opening with the siren that fans have become well acquainted with, the album then starts with the energetic and high tempo Gotta Get Through. With this opener, it’s already obvious why The Blinders have such a good live reputation.

Live At The Ritz features 3 new songs which fans have already grown to know and love this past few months. Wither, Forty Days and Forty Nights and Lunatic With A Loaded Gun are the first glimpse of what’s to be expected from The Blinders’ second album and leaves fans hungry for more.

I Can’t Breathe Blues is one of the stand out tracks on this album, showcasing the skill The Blinders possess and highlighting the mania that comes from their crowds.

Closing the main set sees Et Tu / Brutus a track which always sees crowds descent into madness and now with Live At The Ritz fans can revisit that mayhem. Standing at over 9 minutes, it becomes blatant how much energy the band possess.

The encore sees the band slow down the set with the beautiful addition of Orbit (Salmon Of Alaska), a stripped back track which gives fans the opportunity to reflect on the tracks before it. Swine then closes the album altogether, one of the bands first releases, emphasising how far the group have come since then.

Overall, Live At The Ritz showcases the band’s talent and proves that if you haven’t seen them just yet, then now’s the time to do so. The Blinders are only going to grow from here. 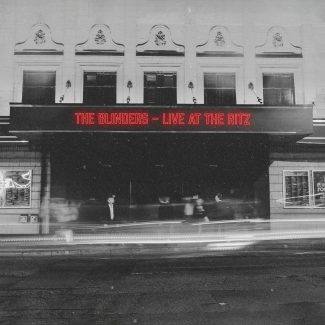 The Blinders - Live At The Ritz