Tash Sultana’s sophomore LP, Terra Firma, opens on a space-y, mystic harp strumming that wouldn’t sound out of place on a Legend of Zelda soundtrack, on the intro track Musk. This gives the listener the first indication of how the entire album will flow from then on – Tash sticking to her roots and her unique sound, while at the same time switching it up enough so she’s not doing the same songs over and over again.

This new flavour stands out from her first album, Flow State, with it’s jazzier feel, as Tash incorporates more rustic sounding guitarwork and keys, in tracks like ‘Crop Circles’, the second song on the record.

The third instalment of the Terra Firma chapter shows us what we know and love from Tash, as ‘Greed’ shows us her relaxing back into her signature basslines and guitar riffs, and soft layering of lyrics depicting her distaste for the business side of the music industry, as the chorus states “they only give a shit when you make it big”.

Beyond the Pines is probably the least exciting track of the album, having already served as the third single from the record, as Tash gives us a slow build-up to a voicemail sample, that deteriorates into an overly abstract and layered mash of synth keys, drums, guitarwork and vocals that just doesn’t give the same energy as any of her other tracks. It’s not a bad song, but an easy one to skip in the tracklist and one that doesn’t convey a lot of meaning other than to bulk up the album a bit.

Tash makes up for it with the boppy first single from the album, Pretty Lady, which was written and composed by the almost mythical Matt Corby of Resolution fame, and Evermore’s Dann Hume. This beautiful ditty earned a number 46 spot in Triple J’s Hottest 100 of 2020, beating out names like The Wombats, DMA’s and even came higher than the late Juice WRLD, who was speculated to dominate in the countdown this year. It’s catchy melody and breezy guitarwork shines up to be one of Tash’s greatest musical moments to date, and it’s release as a single marked her first song since her feature’s on tracks for Milky Chance and again Matt Corby back in 2019.

The albums sixth track carries on from this high note, with the equally pleasing refrain Dream Your Life Away, which is, frankly, dreamy. The song features up and coming indie-folk singer Josh Cashman, who shares the same influences of blues/roots/jazz that give him his airy voice and crisp tone that blends well with Tash’s own enchanting musical atmosphere. Lyrically, the song says a lot without saying much at all, something Tash has always been good at, since she’s there for the overall sound rather than to tell any overly specific story, and she balances everything just right.

All our expectations go out the window, however with the next song Maybe You’ve Changed, a slow piano-ballad executed perfectly with the floaty backing vocals and hums. Probably the best moment in the whole record, as Tash croons the word “why don’t you believe me no more”, over what sounds like a choir accompaniment at some points, as the acoustic guitar kicks in yet again for a gentle crescendo, that serves as the outro for this almost angelic-sounding melody. This is a big change from her previous smash hits such as Jungle, and Notion, from Flow State.

This acts as a smooth transition into the almost western-esque strumming at the start of Coma, which continues the same level of calmness and sonic simplicity, but in a more eery fashion, thanks to its soft percussion and banjo, before Tash chimes in with a more rock-influenced slideguitar solo that stands out from the bluesy sounding solos of all her previous works. The track gives a very cinematic edge to the record, with audio samples of broken glass, and what sounds like someone striking matches at one point. Another clear favourite in this one.

After these breathtaking musical endeavours, Tash retreats back to a sound she’s more familiar with, in Blame It On Society, which sadly leaves a bit to be desired in the vocal engineering, her harmonies seem a little out of place, and although the lyrical content is decent, it comes across as a bit of a filler track, yet again. We hear her signature riffs and rhythms again, but also the unnecessary addition of light synths, and the song just feels like it doesn’t go anywhere.

Sweet and Dandy is a very distinct change in tone lyrically to the previous track, with a zippy and percussive guitar intro, with evolves quicker again into the very familiar Tash guitar wail, which at this point is a little overused, but doesn’t necessarily a bad song, but doesn’t stand out from anything in her first record, blurring the lines between the two a little.

Willow Tree, the fourth single, featuring Jerome Farah, is a bit more what we’re looking for. Filled willed echoey vocal layers from Tash, as she harmonises with herself for a very unique choir effect, and a percussion that could be described as RnB, a very different sound from Tash, and what I’d describe as her most sassy, even swaggy track, and is definitely a big step away from Flow State.

She takes full advantage of this unexpected sound by following up with Vanilla Honey, a smooth, whispery song full of bassline and although isn’t really anything new, is done well and doesn’t come across as a ‘filler’ of any sorts, which you could almost say about its following track, Let The Light In, which is a short, almost gospel-y track that while a little underwhelming in this tracklist, does have great live performance potential.

Tash finishes off the album with a bang, with the final track I Am Free, which is a big statement in itself. One of the best moments of the album, a really emotive and empowering track with a fiery opening riff, and it’s climax is gives you chills. It isn’t an empty track, but is one were after an album of a lot of singing for an artist usually instrumental-reliant is the perfect ratio of backing music to lyrics.

Overall, the album is good listening, albeit one with a few skippable tracks, and repetition. Tash overcame her biggest obstacle – making an album the same sonically as her debut, and although I would say Flow State does slightly shadow Terra Firma, it is a strong and self-proving sophomore record, and well worth the listen. It gets revertive in instrumentals in quite a few places, but that’s not even something that hinders her because of how unique and individual a sound she possesses. 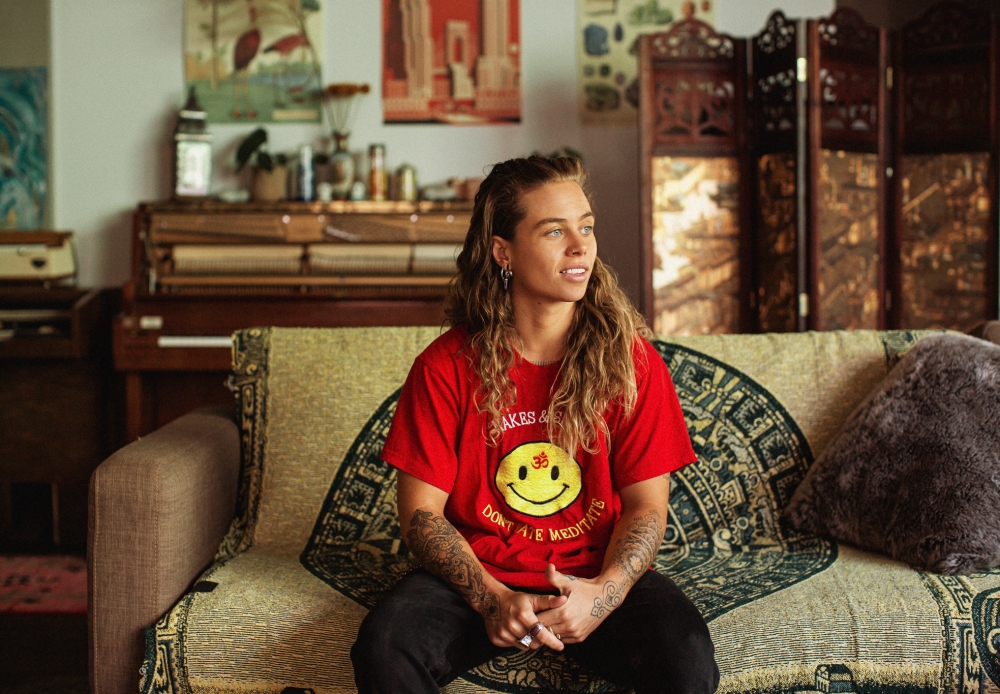