Having recently released their news single Asking For It, Bristol four piece Swimming Girls have just revealed a video for the track. The band have also announced that they will support Manchester buzz band Pale Waves on their upcoming UK and Ireland tour.

The new video sees front woman Vanessa being tried in a distorted law court to the summerly sound of surf pop guitars. Watch below.

The band burst into the scene with their debut single Tastes Like Money last year which gained support from Radio 1. Their next single, Back Of Your Car, amassed over 60000 plays on Spotify.

Swimming Girls formed when the band members were students in Bath, and bonded over a common love for the likes of The Cure, Cyndi Lauper, Culture Club alongside cult films like ‘Heathers’ and the works of David Lynch.

2018 has seen the band playing a sold out show at Great Escape festival in Brighton as well as supporting Pale Waves and Fickle Friends. Throughout September and October, they will be joining Pale Waves (alongside King Nun) on their respective UK and Ireland dates. All dates and ticket links can be found below.

Asking For It is available digitally as of now via Yucatan Records.

Video: Swimming Girls – Asking For It 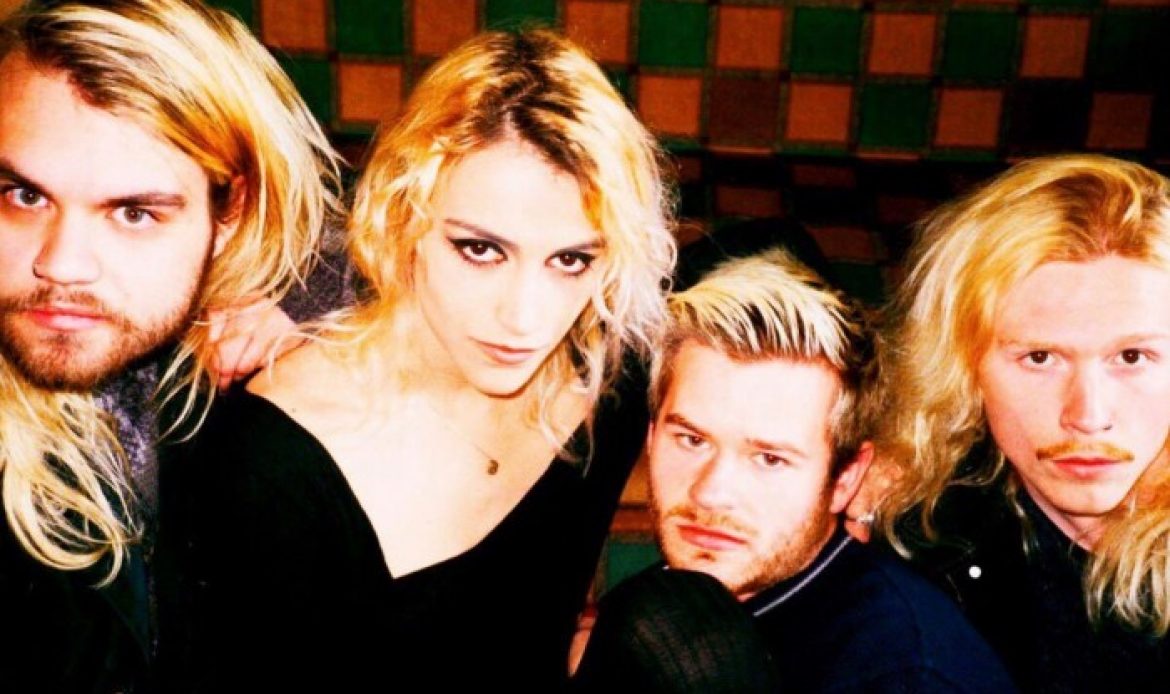