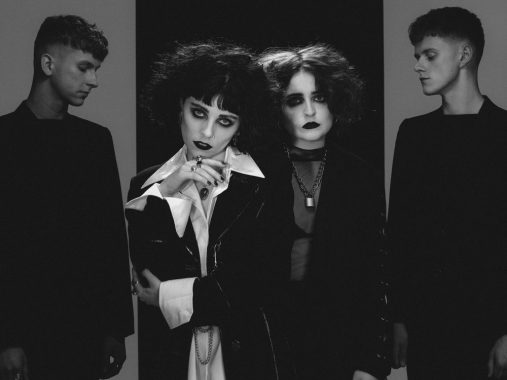 Manchester buzz band Pale Waves were formed under the name Creek in 20104 after drummer Ciara Doran and vocalist/songwriter Heather Baron-Gracie met in a liquor store and eventually became best friends.

The quartet released their debut single Television Romance in early 2017 and gained massive radio airplay in the process. The single was produced by Matt Healy and George Daniel of The 1975 who took Pale Waves on tour throughout Europe and the UK.

In the fall of 2017, the quartet completed a nearly sold out headline tour across the UK, Europe and the US. Their debut All The Things I Never Said EP was released physically on March 16th 2018. On July 24th, the band released their latest single Eighteen and announced their debut album My Mind Makes Noises.

All The Things I Never Said EP tracklist