Yorkshire folk duo Seafret today reveal the video for their new single Most Of Us Are Strangers. The track is taken from their sophomore album of the same name which will be released on March 13th. The video was directed by their long-term visual collaborator Stuart Alexander who has worked with them on previous videos for Fall, Monsters and Loving You. Watch and listen below.

’Most Of Us Are Strangers’, is based around hiding emotions or troubles to save inflicting the worry on others. We go about our daily lives interacting with the same friends, colleagues and loved ones, but most of time the appearance that we give is not a true reflection of how we may be feeling on the inside.

Most Of Us Are Strangers follows on from the critically acclaimed debut album Tell Me It’s Real, and the Monsters EP. The band have already revealed a number of tracks from the new album which have been featured on Spotify’s New Music Friday playlists and picked up airplay support from on BBC Radio 2.

Most Of Us Are Strangers artwork & tracklisting 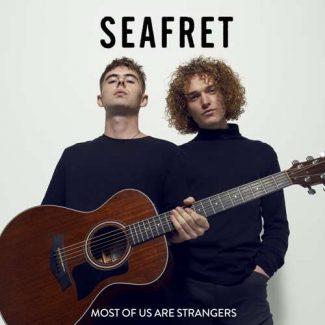 Following on from a busy summer schedule, including a support slot for Lewis Capaldi, the duo consisting of Jack Sedman and Harry Draper will embark on a massive headline tour of the UK and Europe starting in February. Tickets for the UK leg of the tour are available here.

Most Of Us Are Strangers is available to pre-order on digital and limited edition physical formats.

Seafret – Most Of Us Are Strangers