The first thing I thought when this album started was that it is incredibly Birmingham. With leading acts like Swim Deep and Peace emerging from the local scene, as an outsider I can only imagine what else is going on down in the West Midlands underground.

I think JAWS provide a good insight into what’s happening in the UK’s second city. A distinctive genre that’s only been tied down within its limits seems to have been established. A genre that has roots in the early nineties, but has evolved into something truly unique, but with enough flexibility to allow for individuality. Be Slowly is an album that draws on a variety of different sounds and mixes, but is still distinctly placed in Birmingham.

Be Slowly‘s opener, Time, starts with a nice swelling synth that eases you into the album, and builds into a chilled, rocky song with a lot of energy. But at the same time, it’s also fairly slow. It’s a great opening track in the sense that you get an immediate vibe from the song that lasts the length of the album, despite the various twists and turns the band give us.

This is no more apparent that between the latest single Swim and its succeeding track Home. Swim ironically sounds very much like a Swim Deep track, with an arpeggiated, synth-led opening that goes into an ambient guitar-based track where half the instruments drop out at the verse. The synth track fades us out of Swim and straight into a very thumping, almost shoegaze song, led by a metronomic bass track and a guitar that’s dripping with chorus. Home is completely different to Swim, and the transition is so unexpected, yet really well executed.

Home is the middle child of three party tracks on the album, which go hand-in-hand with chilled out rock, slow, guitar-driven alt pop ballads, and even the cheesy love song that is the penultimate track Surround You. Even though the lyrics are very cliché, there is still an element of originality in the song, which keeps to the general sound of the album, but the change in vocal equalisation is a nice experiment. Whether it succeeded or not is a matter of opinion, but hey, it’s a debut, experimenting is good!

There are some tracks that seem to drag on a bit, Sunset State being the main culprit, but that doesn’t mean to say there’s anything wrong with the song in itself, and they don’t have too much of an impact on the entire album. The last track, NYE, is a really well-thought-out epilogue to Be Slowly, which kicks off with a synth track, a simple guitar track, and a vocal track. It builds as the album dies down, and culminates in a nice ambient jam at the end where some really nice tones and sounds come out at various points, and this could definitely be something for the band to develop in the future.

Nevertheless, Be Slowly is an above-par debut full of surprises and experimentation. A must-listen for all fans of the Birmingham scene.

Be Slowly will be released on September 14th via Rattlepop.

Fresh out of uni, took a risk and moved to London for work. Still have a huge soft spot for Hull, though. 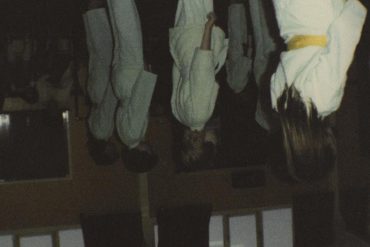