This week sees Birmingham indie band Swim Deep release their 3rd album, Emerald Classics. It’s been 4 years since the release of Mothers and it’s safe to say that the new record has been highly anticipated.

The album opens with To Feel Good which proves that Swim Deep are back with a bang. The track shows that the band isn’t afraid to mix things up a little, the addition of Margate’s Gospel Choir too experiment with their sound without leaving behind the indie sound that fans love and adore. To Feel Good sees the band tackle the methods we use to get through life, and reminds listeners that ‘Everybody’s free to feel good’.

Second track, 0121 Desire is a nod to their home city Birmingham, an 80’s disco inspired, groovy track which will have fans longing for the warmth of summer again. 0121 Desire is certain to be a highlight upon the bands upcoming tour.

Bruised is an effortless, more atmospheric track which showcases lead singer Austin Williams’ vocal ability. The listener is fully drawn in by the instrumentation of this track as it captivates the listener with its subtle yet stunning changes.

Sitting towards the middle of the album is Father I Pray, a touching, emotional track which speaks about an unstable relationship between a boy and his father. The use of a choir is simply beautiful, with well written lyrics allowing people to empathise with both parties, bringing light and positivity into what can be an awful situation.

Sail Away / Say Goodbye is another stand out track upon Emerald Classics, with a massively catchy chorus. The feel good synths and melodic vocals are then juxtaposed with the depth of the lyrics addressing the pain and emotions surrounding losing a loved one.

Penultimate song Top Of The Pops is a strong 90’s inspired banger which sees Swim Deep acknowledge that not everything will work out the way you want it to, but you’re going to have an amazing time either way.

With Emerald Classics, Swim Deep have experimented in a way that’s really going to benefit them. Moving away from their old sound, the new era brings upbeat bangers and highly detailed lyrics that fans will adore. Filled from start to finish with positivity, the band have produced an album that’s going to be otherworldly live. 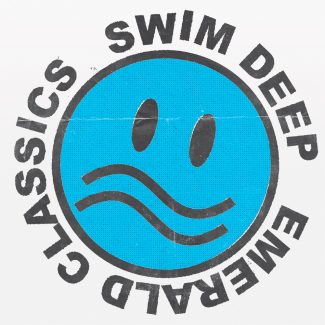