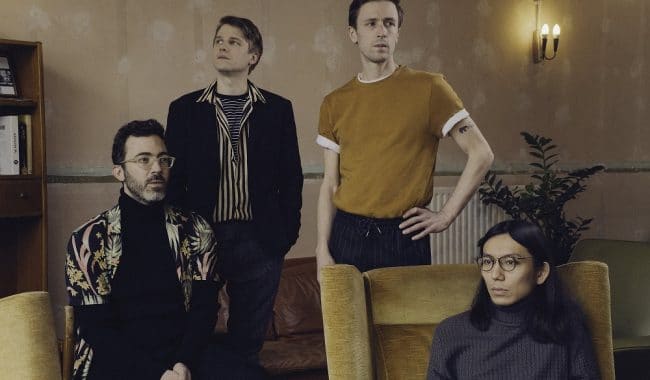 Teleman have recently dropped their new single Cactus, the second offering from their third album Family Of Aliens, due out on September 7th via Moshi Moshi. The new track follows on from recent single Submarine Life and comes with a brand new video that shows an anthropomorphisation of a cactus. Watch and listen below.

[This song is] for people who spend a lot of time, money and thought on looking good but can’t actually let anyone get close to them. In youth, most preoccupations are base and wasteful – what to wear, what party to go to, who said what to whom. If you carry these on into later life you might be deeply unfulfilled.

Teleman’s acclaimed debut album Breakfast was released in the summer of 2014. It was followed by their sophomore record Brilliant Sanity in 2016. The quartet consists of former members of post-punk group Pete & The Pirates with Thomas Sanders resuming vocal duties.

After festival stints including Greenman, The Great Escape and Tramlines, the band will embark on a UK headline tour in support of the new record this October. All dates and ticket links can be found below.