Teleman rose from the ashes of post-punk act Pete & The Pirates about three years ago. The line up consists of brothers Thomas (vocals) and Johnny Sanders (guitar), Pete Cattermoul (bass) and drummer Hiro Amamiya, the only member who wasn’t part of the pirates. Teleman said goodbye to indie rock and fully embraced pop music with their debut album Breakfast.

It is pretty obvious who Teleman refer to with Düsseldorf, the opener to their sophomore record Brilliant Sanity. “Düsseldorf taucht in diesem kalten grauen Licht auf” (Düsseldorf looms in this pale grey light) a female voice mutters over the steady beat. It is German Techno veterans Kraftwerk, local to Düsseldorf, that Teleman have in mind.

On Brilliant Sanity, Teleman have fully found their sound. The steady beat is consistent throughout its 11 tracks which may be owed to the fact that Teleman used a white board on which they structured the songs before recording.

I don’t know if other bands do this […] It’s very professional.

This form of writing usually isn’t something that anyone would admit to – it doesn’t sound particularly creative now, does it? – but it’s done the record good. The Sanders brothers are experienced musicians and have outlived the growing pains of their former band.

Sometimes a record can take itself a bit too seriously.

Brilliant Sanity is a meticulous pop record that doesn’t take itself too seriously. This is not only obvious in its nomenclature but also on the upbeat stomper Glory Hallelujah (“Step on the spider”) or the stripped back Superglue. Other standout tracks include first single Fall In Time and Tangerine.

Unfortunately, some of its tracks fall flat, be it the title track or Canvas Shoes which is downright dull. Still, much of the album’s charm is owed to Sanders’ distinctive nasal vocals. Brilliant Sanity is a slightly old-fashioned pop record with some flaws and a lot of nods to the new wave era.

Brilliant Sanity is out on April 8th via Moshi Moshi /PIAS. 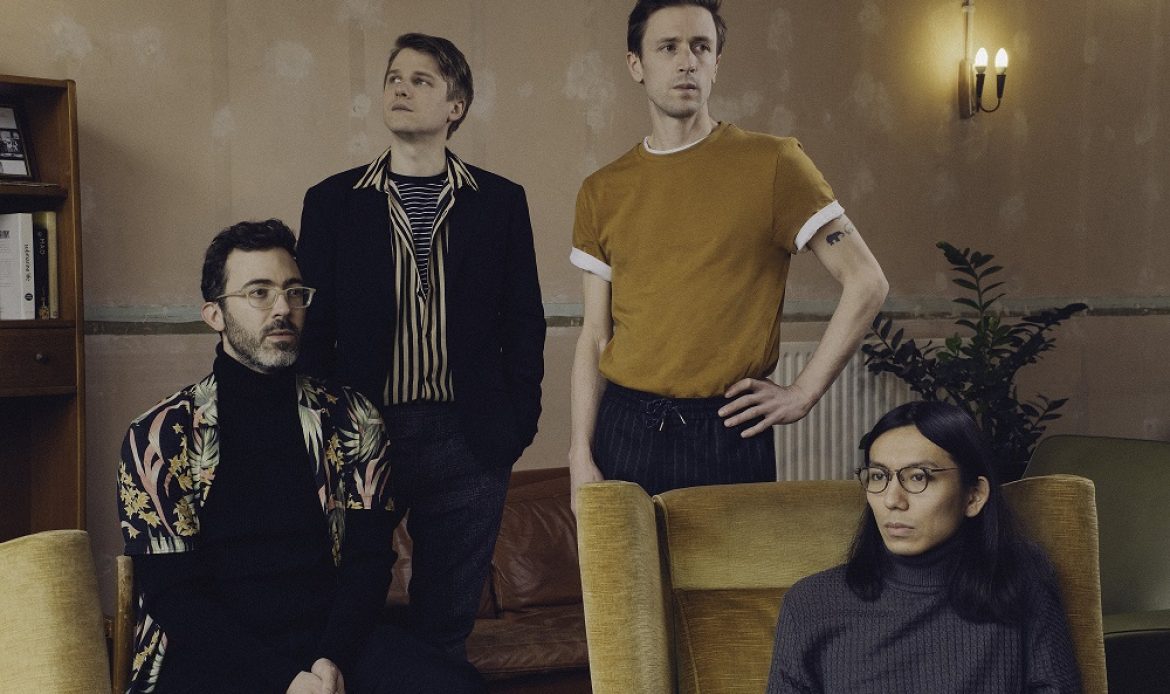