Everything Sufjan Stevens does is interesting. His newest album, Aporia—an experimental, largely instrumental release co-written and released with his stepfather, Lowell Brams—is no exception.

For longtime Sufjan fans, the name Lowell Brams will be familiar, as Sufjan’s stepfather has repeatedly surfaced throughout his music—and was instrumental in his step-son’s career, co-founding in 1999 the Asthmatic Kitty label that Sufjan has now fronted for over two decades. And Sufjan’s last album, Carrie & Lowell, released in 2015 and named for his mother and stepfather, was unquestionably one of the most beautiful of the last decade. So the news that he has created an album with that Lowell is immediately intriguing.

The music does not disappoint, and while it does not convey the emotional weightiness of Sufjan’s best albums—Carrie & Lowell, Seven Swans, Illinois, among others—it is undoubtedly an interesting project, and not out of character for Stevens, who has done a number of smaller and one-off releases over the last years. Aporia often plays like a film score and frequently reminds me of Vangelis’ from Blade Runner: swelling beats, shimmery, bright synths, a propulsion across its twenty-one tracks (some less than a minute long, or barely more).

The style of composition is not entirely new territory for Sufjan—some of the electronics on the album recall The Age of Adz, but frequently also experimental and instrumental parts off Carrie & Lowell. Highlights from the album include the very Sufjan-esque piano at the end of “What It Takes”; the oscillating beat of “The Red Desert”; the rich, symphonic “Glorious You”; the piercing, shiny synths of closer “The Lydian Ring.” “The Runaround”, released as a single off the album, also stands out: it is the only track to feature vocals, heavily distorted behind an electronic sheen, and their isolation on the album makes them fairly stunning.

The album ultimately does blend together a bit and becomes a little monochromatic—it tends to not hone in on that much. Then again, it was explicitly announced as a “New Age” record—and while I would not at first characterize the album that way, it does in some respects fit the descriptor (and there are some distinctly “New Age”-sounding moments, as when the drums kick in on “What It Takes”).

Aporia is then perhaps an interesting look at the relationship between Lowell & Sufjan, which at least here is undramatic: collaborative, healthy, creative. The two have produced a pleasant and unusual-enough collection—while Aporia has its shortcomings, like all of Sufjan’s music, it feels original, and genuine. Worth a few listens. 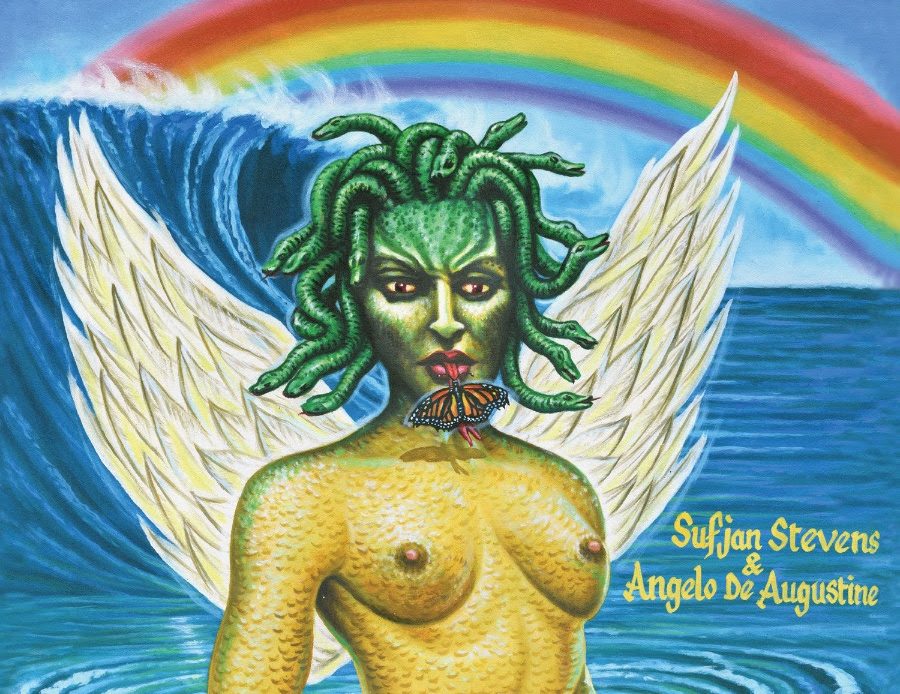