Spang Sisters Review & Interview: “It Could Be Madder”

Home > Interviews > Spang Sisters Review & Interview: “It Could Be Madder”

A Spang Sisters show is an instrument-swapping, energetic display of an eclectic catalogue of music. The crooning dream pop collective have a spectacular energy on stage, with the ability to change the mood of the room from one song to another. Starting with their track International Pussy, a packed out room sways to the soulful vocals of Jules. With a relaxed demeanour, they speak to the audience in between songs, asserting ‘We hate Donald Trump just as much as you do’, Spang Sisters look like they’ve been performing for far longer than 2 years, and have gathered a loyal fan base with much of the room singing along.

Whilst there are elements of their EP Boys, B-Sides and Rarities, (including their song King Prawn the 1st), much of their set is new, unreleased music, such as upcoming singles Romania and Eddie Murphy. It’s exciting to hear their new material, especially considering that Boys, B-Sides and Rarities was only released earlier this year. The band’s signature sound is still there in their newer music – Eddie Murphy features mellifluous vocals from multiple members of the band and 10,645 km has a euphonious riff at the core of its sound. In comparison to the majority of their back catalogue, their track Lizards is heavier, with a 60’s rock and roll-inspired feel. Transitioning from their lighter music to this is seamless. They end with Lizards, to a happy reception from the crowd.

Sat down in the beer garden with Spang Sisters members Jules Gibbons, Rachid Fakhre, Albert Haddenham and Frank Lindsay, – sadly, Ali, (who usually plays synth and provides vocals), could not make it due to illness – I quickly realised I had no chance of getting a straightforward answer. Spang Sisters have the same fun, encapsulating energy off stage as they do when performing. Firstly, we’ve stumbled onto the subject of spicoli.

Grace: And what is spicoli?

Rachid: Spicoli is just something that governs us

Grace: It’s just anything you want it to be?

Jules: I don’t think it makes sense I think it’s a load of shit

Grace: So does that influence everything you guys do?

Albert: Yeah well since last December… no, October. When that was born. Spicoli and Crimbiosis and all that moo moo nashu business. That was born in last October.

Rachid: Yeah. Last October we were in a festival in France and we all went crazy one night and started praising this imaginary god called moo moo nashu, and then we were chasing [Albert] through these fields asking for the stones of wisdom. We were on LSD so it was all very weird.

Albert: You didn’t need to say that…

Rachid: Well I don’t want you to think that’s how we are normally

Grace: Right, can we get serious please?

Albert: Enough of these fucking jokes it’s about music

Grace: Yeah, isn’t that what we’re all here for?

What’s the future of your sound?

Frank: I don’t think we’ve had the opportunity to mix and blend as much as I think we’d like as a collective.

Rachid: Oh yeah. We’re all going to be living a lot closer very soon so we’ll be able to be more cohesive.

Why did you choose the name Spang Sisters? I told someone about you and they thought I’d said Spank.

Frank: We get that a lot

Grace: What made you go for Spang instead of Spank?

Rachid: It was an arbitrary choice. We were between Spang Sisters and Caramacs and I really wanted Spang Sisters. Why the name Grace?

Lots of collectives exist where bands collaborate and support each other, like Goat Girl and Shame in South London. Is there anything like that in Bristol?

Rachid: We were [a Bristol band] for a year and a half but none of us are from Bristol, we just met there. There was [a collective] when we were there.

Albert: I mean the only group we’re semi-involved with is Jean Penne and ugh, Keg.

Rachid: We put on this night called Bathtime and it’s almost always friends of ours playing. In the past we’ve had Squid.

Frank: Now that we’re down south that should build up again. You end up making friends with people. Like John Myrtle’s from Brum as well and we met him.

Albert: We get asked to play with bands that came to Bristol but we didn’t really fit into that scene. There were a lot of punk bands at the time.

If you could curate your own festival, what would be your top ten acts on the bill?

Frank: Got to be Talking Heads as the headliner

Grace: Mine is Once In A Lifetime

Albert: Banger.[Once In A Lifetime] crosses over every objectively successful element to music. It’s like the best ever dance track. And everyone loves it. It’s a great pop song and also it’s really interesting. Brian Eno fucking produced it. It’s sick.

I think something that really makes you stand out is the instrument-swapping. What was the creative process behind your shows?

Albert: When we first started, Jules and Rachid already had tunes written and we learnt them all –

Frank: Quite a big back catalogue

Albert: We were just messing around really. When we first moved in together I’d met Jules twice –

Jules: It was a calculated risk

Albert: And it paid off. I’d only met Rachid once. We started playing together in my room and it was always really sweaty and gross and we just got a bit stupid after learning all the tunes. We’d swap around and I’d start ranting about things.

Jules: We won’t be swapping as much because Ali isn’t here, and he does the drums when Albert gets to the front.

Rachid: And Ali is an amazing multi-instrumentalist. He can play pretty much every instrument on the stage, and he’s the best singer.

Frank: There’s still a lot of thinking to do.

Jules: This is turning into a band meeting now

Frank: I’ve always thought this from the start – it could be madder. We could write something really interesting as a group. It’s still in its infancy, even though it’s been two years

Grace: Do you think there’ll be a big change? I suppose that takes us back to my first question

Frank: The writing is changing but we’ve still got that core value.

Jules: Let’s get experimental, guys, what do you think?

Albert: I might grow my hair. That would be CRAZY.

Expect more music from Spang Sisters later this year. In the meantime, check out their next live show in Bristol on Saturday 26th October at The Crofters Rights. 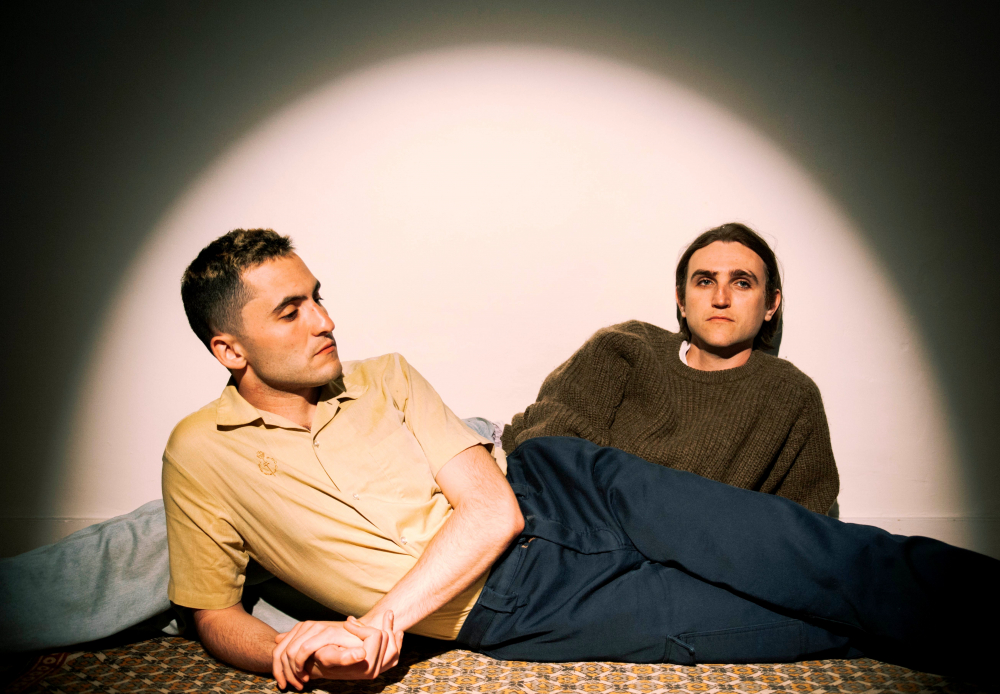