London four piece Slowlights have just dropped their new I Try So Hard EP. The new EP follows on from the single of the same name which was released earlier this year. Stream I Try So Hard in its entirety below.

Having garnered a huge fanbase after touring with Eliza And The Bear and KYKO, Slowlights went on a massive tour supporting Lewis Watson in March coinciding with their last single.

I Try So Hard follows on from previous singles A Dream I Had and So Far (both released in 2016) and is available via Killing Moon (Racing Glaciers, Lisbon). Its lead single is Overgrown is one of those cinematic rock tunes that calls for huge crowds and sing-alongs. Listen below.

I Try So Hard is available to stream or download as of now . 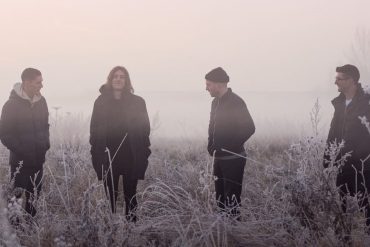 Slowlights – I Try So Hard