The music industry is becoming full of producers. No not the ones you are thinking of that generally stay behind the scenes and have little impact on what the artist actually creates. The type that stand behind a set of knobs and buttons making a very loud, energetic type of music that many love, and many love to hate.

I recently saw this live in concert as I was curious about the fuss, and I must say it was one of the most insane, energetic vibes I’ve felt in my years of life. However, one stands out in the recent flooding of musicians/producers/button pushers (or whatever you’d like to call them). This is none other than Jamie xx, from the wonderful band The xx.

The first thing that stands out about Jamie’s work is its elegance. He doesn’t fire loud noises, get in your face, or have any “drops” in his beats. From pounding rhythms, to soothing beats tethered with intricate melodies, Jamie has a certain uniqueness that makes for splendid listening whether it is his solo act or with The xx. I saw The xx live at Radio City Music hall, and both his and the bands sound live is an outstanding experience. The latest “xx” album is not one from the band, but from the man I have been writing about thus far.

In Colour is the debut solo album from Jamie xx, and it is very good. Seeing features from both of his bandmates in The xx on multiple tracks, Jamie very easily could’ve given us more of what he’s helped produce with his full time act. Well, he quite simply doesn’t. Even the songs on the album that feature Oliver Sim and Romy feel new, and fresh. They don’t feel as if he’s taken them directly from the bands past works. What he gives us is a new, refreshing, and intelligent contribution to a flooded area of music. The album is filled with catchy rhythms and superb features.

He even makes Young Thug look like a musical genius (yes, the guy who gave us the song Lifestyle) during I Know There’s Gonna Be (Good Times). It heavily samples an old soul song, before taking that sampling to a completely different genre with the help of Thug and Popcaan. Jamie also, tremendously, keeps the album fresh. Just when it feels he is starting to go on The xx’s path of gloomy, moody songs, he cheers you up with Obvs. A chirpy, grand adventure that keeps you entertained and hooked for its nearly four minutes of play.

In Colour is slightly carried by its features. One song with Romy, two with Oliver Sim, and one with Young Thug and Popcaan are easily among the best songs on the album. Stranger in a Room, with Oliver Sim, is the best song on the album. A short three minute affair that will leave you smashing the repeat button. Sim’s vocals paired with Jamie’s production will surely make you hit Google to find out any clues as to when The xx will be giving us their next album. It feels largely like a song The xx would make, but still feels like it belongs on the album.

In Colour is out now via Young Turks. 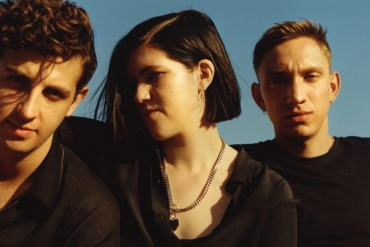 The XX stream ‘Say Something Loving’