Sheffield; hardly a place you’d consider relating tracks to those released by High Hazels. Dreamy, surfy, and all-around bright. These are hardly terms you’d associate with the English city. However High Hazels have given the people of Sheffield a bit of sunlight with their self-titled debut album. The album starts by making you think you are on a beach in California, and as it continues there are times you feel you are listening to the theme of hit television show True Detective, as well as in a 1960’s high school prom, and even an indie romance film. The various sounds and styles produce an album that can give us confidence that Sheffield has produced another band in the mold of Arctic Monkeys.

Despite my earlier jibe about the opening song placing you in California, it seems as if the Sheffield four-piece are talking about Spain. Valencia gets the album off to a sandy, sunny, and surfy start. A phenomenal track where lead singer James Leesley starts by singing about “drifting off in Spanish alleyways,” a start that hardly screams a rainy day in Sheffield. The next track takes you on a somewhat darker adventure, but a brilliant one nevertheless. The following three tracks swoon along seamlessly, and the first half of the album is certainly the best half. Despite this, the best track takes place in the latter half. How Long is it Gonna Be tells you everything about the bands musical style, dreamy, catchy, and grand. Leesley, like he often does on the album, pulls you in with his swooning vocals whilst being backed up by rifting guitars and simple yet brilliant drums by Anthony Barlow.

A band that are bound to receive comparisons to global superstars Arctic Monkeys, and one that I have already made. The comparisons, however, can only be made in a positive manor. Despite the difference in style, Sheffield has produced what seem to be another great band who can achieve great things. On the same level as their counterparts? Probably not, but they have still produced a damn good debut album.

High Hazels is available as of today via Heist or Hit records and is the follow up to their debut EP In The Half Light. 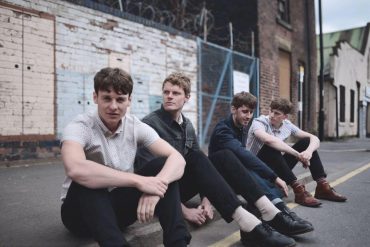 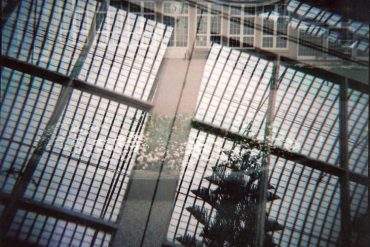 Review: High Hazels – In The Half Light EP (+ stream)