Somewhere along the lines, a young promising poet was lost only to disintegrate into a eulogised pastiche of an indie icon, a tabloid hate figure and a drug addict pissing away all the potential that had first made him stand out. Poignant lyricist and talented musician Peter Doherty was reduced into ‘Pete’ as a media invention and owing to his purposeful courting of the limelight as a dangerous rebel plus his own self-destructive nature.

It’s quite frankly a tired old story that we all tragically know too well; sensitive musician on the cusp of adulthood seeks fame, drugs and rock n’ roll with their talent stemming from their own demons. Elevated to the level of ‘spokesperson for a generation’, they get everything they want but it’s still not enough to fill the hole. The new star succumbs to their own sense of doomed destiny and despair to become the latest pretty corpse churned out by an indifferent music industry already looking for its next daring young idol to suck dry.

Only it didn’t quite work out like that, thankfully for both Doherty and his legions of loyal listeners. Seeking to reclaim his reputation as a fine songwriter, Peter has recruited a wonderfully titled new band The Puta Madres and penned eleven bluesy tracks for his latest album. Recorded over four days during the summer of 2018 at the North Western French coastal town of Étretat with engineer Dan Cox (Laura Marling, Thurston Moore, Florence and The Machine) and produced by his long term friend and manager Jai Stanley, they have succeeded in rapidly creating a record which speaks of the pains of love and loss, the trials of addiction and the hope for redemption.

Peter Doherty & The Puta Madres – Who’s Been Having You Over

While the familiar use of stencil graffiti for the album cover may invoke a sense of the more brash side of Doherty’s oeuvre, it immediately becomes obvious from the outset that his latest LP leans more towards the more considered French blues inspired tracks from his solo career and Babyshambles rather than big rabble-rousing singles like Fuck Forever or Time For Heroes he’s best known for.

First track All At Sea ebbs and flows between being so very delicate and intimate to a giddy burst of excitement once joined by the whole band, like the rush and the retreat of the tides of the sea. Loose guitar riffs are joined by melancholic violin only to close with our hero deconstructing the tongue twister “she sells sea shells” for his own purposes, cutting and pasting like William Burroughs in that perfectly ad-libbed way that he does.

Who’s Been Having You Over is the lead single from the LP which starts with a quick sample snatched from the 1948 film adaptation of Graham Greene’s ‘Brighton Rock’, a story of seaside criminality, catholic guilt and the wilful drive to evil with no hope of forgiveness. It’s a customary return to one of Doherty’s favourite authors who he has frequently referenced in the past and conjures a sense of “Dear Old Blighty” to which he is always fixated, before diving into a pulsing organ and bass guitar driven song which seems to be mocking anyone that would buy into his fore-mentioned rock and roll mythology, chastising those that would so easily be fooled into following the same path.

It is immediately followed by the album’s second single Paradise Is Under Your Nose which sees him joined on vocals by Jack Jones of Trampolene who takes on lead guitar for The Puta Madres. The agonised love song charmingly melds Doherty’s soft touch with the Welsh musician’s stronger voice and it makes for a delightful listen. It is a curiously tender choice for a single and I respect the bravery of that decision.

The tempo is built up on following track Narcissistic Teen Makes First XI which feels like the fall out of the romance that started in the previous song as the crimes of both partners are recounted in the lyrics; “I’ll never really understand why I believe you. You’re so sly and under hand, I think I’ll leave you. But everything I stole since I met, I stole no kisses. Just some books, the odd cigarette”.

Peter Doherty & The Puta Madres – Paradise Is Under Your Nose

It’s from here that the album starts to take a bit of a turn for the worst. Someone Else To Be feels too much of a filler track. The lyrics are repetitive and don’t show his usual droll humour, dexterous wordplay or dramatic flair. In fact, the whole song feels a bit like a rip off of Can’t Help Falling In Love made famous by The King himself; Elvis Presley before literally becoming a cover of Oasis’ Don’t Look Back In Anger. Well, at least the pissed up Parka Monkeys that dominate the space whenever Doherty plays will be happy.

The Steam strays into the realms of gypsy punk if it were written by a Hank Marvin fancying a good old tug on his whammy bar in a Parisian bar. Travelling Tinker tricks you into thinking it’s going to be a tear jerker before becoming a mutated take on the Americana folk song I’ve Been Working on the Railroad. Wandering aimlessly, it becomes lost, directionless and ultimately a bit of a waste. I’m sure it would be nice to have on in the background whilst cooking a meal for a special someone I guess.

These three tracks aren’t exactly bad, they just don’t match up with the rest of the album and perhaps are a result of the breakneck speed that the whole record was recorded at. Fortunately, things get back on track with Lamentable Ballad Of Gascony Avenue which is a charming little ditty about North London life, complete with a romantic escape to the seaside and grabbing a full English in the morning – and we all know that the lanky singer likes to pack away a sausage or two after proudly demolishing the “mega breakfast” in under 20 mins at a Margate Café last year.

Inspired by the 1915 silent film which was amongst the first to establish the femme fatale character, A Fool There Was is a song that has been floating about in various forms for a while and can be found in the MP3 folders of many die-hard fans. Now finally recorded as a completed studio version, it retains all its vitality despite having been kicked around for quite a while and is one of the albums highlights. Coming close to the end, A Fool There Was radiates with warmth and as it starts it feels like the entrance of a much-loved old friend to those who already know it.

Having been brought up an Army brat, Peter must have been told a few war stories and tales about fracas amongst the ranks in his youth which he seems to draw on for the fragile penultimate song Shoreleave. The LP is then ended with Punk Buck Bonafide which sounds like it was recorded completely spontaneously, perfectly capturing the off-the-cuff charm Doherty exudes whenever you catch him at one of his smaller more intimate gigs.

In summary, this is a delicate album filled with wit, beauty and wonder which largely once again reveals Peter Doherty’s skill as a songwriter and a storyteller through music. Though this new album feels different in temperament to his other bands, his work with The Puta Madras shows too little in the way of innovation to recruit any new sailors to join him on the good ship Albion. However, it will most certainly appeal to his already considerably devoted fanbase who will no doubt fall head over heels in love with the forlorn street laureate once again. 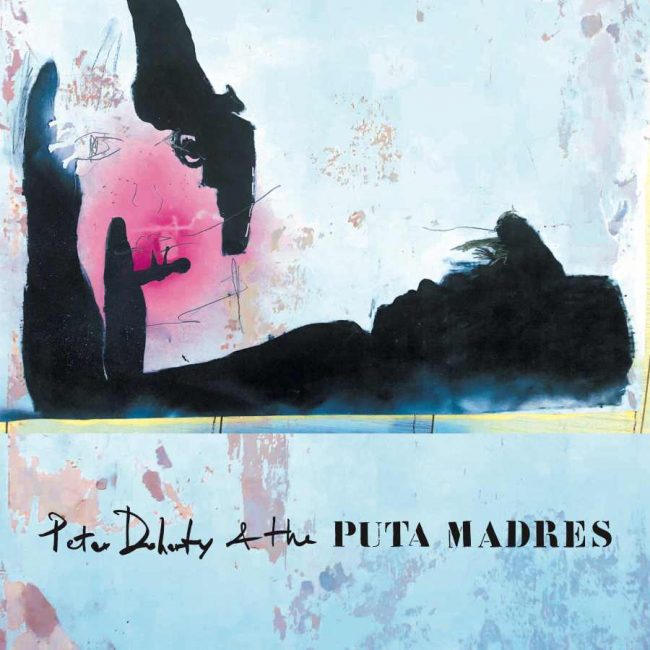 Peter Doherty And The Puta Madres