Liverpool’s Paris Youth Foundation have today released their new single, Home Is Where The Heart Is, the first release since signing to Modern Sky UK (The Blinders, Not Hot Ashes). The track was recorded at Parr Street Studios, produced by Rich Turvey who has also recorded previous releases by Blossoms and Courteeners.

Home Is Where The Heart Is provides optimism to those feeling the winter blues, whilst also providing closure and comfort. Lead singer Kevin Potter’s vocals are sincere and beautiful, with poignant songwriting added to make the track even stronger.

‘Home Is Where The Heart’ Is is very much a love song at its core. It’s about that rare time in breakup, where you kind of don’t want to be sad or argue anymore. You just want to appreciate the time and the memories for what they were. It’s about that person being home for the weekend and how a place and a person can take you back in time, and maybe just for one night you pretend you’re still the same kids who fell in love all that time ago.

The track marks a flawless start to the year for the band, with rumours of an album being released this summer, it’s certain that Home Is Where The Heart Is will not be the last we hear from the band. Their sound is set to adorn festival stages throughout 2020 and on their upcoming headline tour this month. 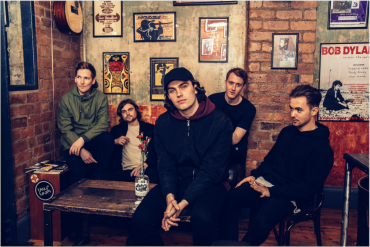