Marsicans have always had a style that is impossible to dislike. On their debut album, Ursa Major, the band continue to present instantly charming and fun indie pop, but with a newfound depth and variety that sets them apart from the competition.

Right from the beginning, Marsican’s intentions are tangible and just as charismatic as they set out to be. Juliet opens with an instantly catchy riff, before putting the spotlight onto an equally catchy bassline and then an even more catchy chorus. Without falling back on repetitive pop cliches, it becomes obvious that this is what those in the business call ‘fun music’. When a track carries as much charm as this does, what’s not to love?

The same can be said for the Sleep Start, which directly follows it. It follows the same arrangement as the previous song, with the same hypnotic verse followed by a hard-hitting chorus. Things change on the far more tender Dr Jekyll, which marks a major shift with lyrics that concern topics as heavy as duality of man and character deterioration. It shows that Marsicans can do both: the tongue-in-cheek humour and more serious contemplations.

Musically, the album varies between positively joyful surf pop, including on Summery in Angus, to borderline emo, such as on These Days (though at the record’s heart, Marsicans stick to the indie pop blueprint). Even so, the trajectory of the album is always consistent, creating not just an atmosphere, but a world of its own, each song being a story, a place, in that world.

I’m not usually a big fan of interludes and skits, which this album has a handful of, but on a project full of massive chorus and pumped-up guitars, it’s a nice bit of occassional refreshment which thankfully fails to draw the listener out from the experience of the album. In fact, they actually add to the mood: light hearted and charming, but with an undeniable depth, especially on Interlude I.

Blood in My Eye is dominated by booming drums and dreamy guitar. It feels like an update of 60’s surf pop. Washed out, organic instrumentation, playful vocal harmonies, and a mood that falls upon the ears like a warm breeze falls upon the skin. The bridge unloads an ocean full of texture for the listener to swim in.

Should’ve Been There is a closer I didn’t see coming. A Beatles inspired folk pop track, it’s a soothing ending – meditative, melancholic and detoxing in the same way that the interludes that come before it are.

Ursa Major is far from a flawless album. Like much of the British indie pop scene at the moment, the music isn’t especially groundbreaking. And no matter how many hooks are packed onto this album, there isn’t one chorus which stands out as a center point to anchor onto. But what is unique about this project is how fun and charming it manages to be – without being shallow or lacking in variety. For that reason, it deserves admiration. 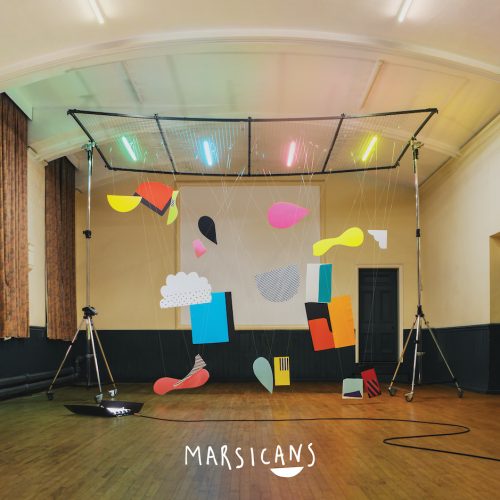