If the supporting singles released so far- Thugs, Glitterati, Sardines, Working Man’s Town and the brand new Self Saboteur– are anything to go by, Kid Kapichi’s debut LP This Time Next Year will be a punch-in-the-gut-powerful thing.

This Time Next Year didn’t waste time in the pause, though. Faced between sitting on the album through lockdown or taking on producing duties themselves, Kid Kapichi took the latter route; the album is a fully and admirably diy effort- the ultimate punk approach- with guitarist and co-vocalist Ben Beetham manning the engineering and mixing.

The album title has two meanings. You hear that phrase a lot, ‘This time next year’ you’ll be doing this and playing here. Sometimes you find it hard to see what you have achieved and how far you’ve come because you’re always looking ahead to that next thing. It can be a toxic way to view life, and one that is quite often the norm. On the other hand, it’s also relevant to what’s going on right now. Everyone’s lives are on pause. We’re all waiting and hoping for this time next year

Sonically, they’re fighting in the same ring as bands like the Arctic Monkeys and Queens of the Stone Age; gritty guitars, buzzsaw-bass and vocals with such a palpable aggression you can feel them spit at you through your speakers. But it isn’t hollow bravado- Kid Kapichi have real reasons to be angry.

Their lyrics are cutting, politically heavy swipes against the governmental mistreatment of the working class. “They find it funny / ‘cos most of us have never heard of milk and honey / prices go up, wages go down” they sing in Working Man’s Town, whilst the music video for Thugs shows a party of foxhunters (red uniforms, helmets, whips and all) hunting down and caging the band. It’s not subtle, but neither is the injustice they’re relaying. As they say to the powers that be in Thugs, “you’re gonna bark / we’re gonna bite back, fight back”. This Time Next Year is the promised bite.

‘This Time Next Year’ artwork & tracklisting

Due February 5th, This Time Next Year is available to pre-order now. 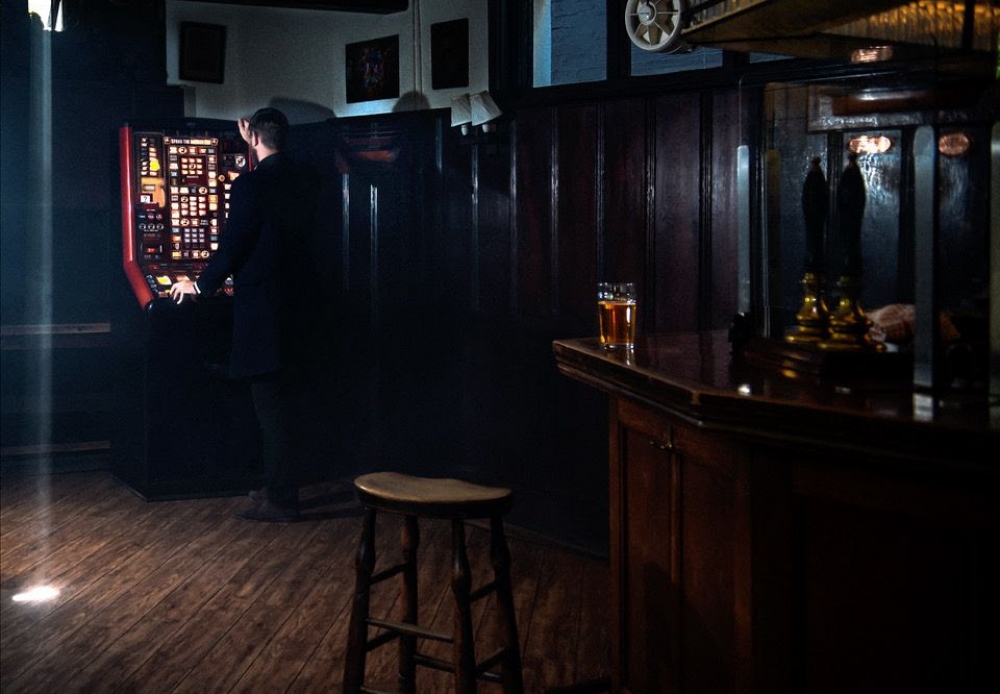