Jamie Webster has won a loyal fan base and sold out shows over the last couple of years with his down-to-earth sound and spirited stage presence. Building on the success of his Liverpool FC stadium anthems and early singles, Jamie now looks forward to releasing his debut album We Get By in August of this year.

We had a conversation with Jamie about his experience leading up to his first album, and musical inspiration. Watch the video or read the interview below.

It sounds like you have an incredible story. Could you just briefly summarize how you went from being an electrician to making Liverpool anthems to now coming up with your own album?

As soon as I left school, I started working for a family company as an electrician. But, since I was 14, I was mad on football and mad on music. So I first started out trying to break the music scene in Liverpool in a band. We weren’t very good at all. And we split up after a few short months and I carried on doing cover gigs around town. And I was also following Liverpool Football Club up and down the country.

So I then started playing some of these cover gigs around the football matches and from there football songs started to sort of creep in. And that side of it just went absolutely crazy over the last, say, two to three years. And it led me to a nice place where I’m sort of using a platform I built through the fans I’ve got all over the world through the Liverpool stuff to sort of fulfill my dream and write my own music and release an album. So, yeah, it’s been a crazy, crazy ride. I’ve been in the right place at the right time. And luckily for me, my career just picked up and kept going. I am now just finished recording my first debut album of original music. I can’t wait for people to listen to it then.

It’s been awesome seeing the support that those Liverpool fans have been giving you. So how has the transition been from doing football anthems to creating your own music? What sort of influences have you carried into the creation of your own work?

Well, just to be honest, I’ve always written my own music alongside doing the football stuff, it’s only obviously the past year where I’ve been doing it full time with working towards an album. Probably my biggest influence is Bob Dylan. He’s been someone who’s music just always sort of opened me up and made me think in a different way about things. I just think music should always be a story of something you’ve seen or something you feel or something that you’ve experienced yourself and I think no one’s better than at getting their stories across through music than Bob Dylan. I’ve had spells of Johnny Cash as well. You can just listen to him all day.

Obviously, everybody out in Liverpool has a Beatles phase, every kid. You know, it goes without saying. And also with Oasis, most kids in England had the spell of Oasis where they were just the only thing we listen to. I like Kings of Leon’s early albums. I thought they were really, really good. I listened to them a lot when I was younger. And then those bands like the Arctic Monkeys along the way. Paul Weller as well, I like Weller. Those sorts of bands have driven me, even Radiohead, I like their vibes as well. I saw them at Glastonbury a couple of years ago and it’s probably the best live show I’ve seen. It was just unreal. Glastonbury might have had something to do with that as well, you know, everything that comes with it. But the set was unbelievable. My mum liked Bowie growing up so I listened to him a lot from an early age.

I like an awful lot of music, to be honest. I’ll even dabble into a bit of Motown every now and again. I like Pink Floyd an awful lot because although the music’s not the same as mine, they’re still quite political in what they’re saying in their music. And I respect that. That’s what drives me, it’s all what I think and it comes from me and my background really.

So do you pursue a certain kind of sound or do you just channel whatever message you’re trying to get out?

I don’t tend to pursue it. I think if I’m just playing the guitar and something sounds good, I’ll just go with it. Lately, the way I’ve been writing my songs is I’ve been getting the chord progressions together. Then move on to humming a melody, even if it’s just for an intro or a verse. And then I’ll already have lyrics and ideas in my head based on the type of tune that it is. And I’ll get to work on lyrics last, and then obviously you change a few things to make it fit. I don’t listen purposely to like a song and say I want to make a song that sounds like that.

And definitely there is a sort of sound, I’d say, that is distinctive to me. And I don’t know how I’ve created that sound or how it’s come about, so it must just be a natural sort of vibe that comes out of what I’m trying to do.

If someone is unfamiliar with your music, how would you describe your upcoming album to them?

Someone asked me actually the other day, and he said if you could use one word to describe your music, what would it be? And I just said “real.” That’s the only word I can use to describe in one word, real.

I’d say it documents the struggles, escapes, and the joys of working class life, all that sort of stories. It nitpicks all the little quirks of everyday life. There’s a song in there called We Get By, which is actually going to be the title of the album. And it’s talking about, you know, your hot water boiler not working in your house and you haven’t quite finished the decorating on the landing and just everyday shit. Sometimes you don’t have the money to do all these great things. But at the end of the day, you make ends meet and then, at the end of the week if you want to have a drink or smoke or whatever and just take it easy that’s up to you.

Musically, it’s definitely quite rootsy. I’d say it’s somewhere between — I don’t know if you’ve heard the La’s before it’s got a bit of that in there. It’s a bit, there’s a Liverpool band called Shack. There’s Beatles elements to it. There’s a song that was just released called Grinding the Gears. It’s got a sort of Cast slash Oasis vibe, it’s not heavy on the ears, it’s not too soft either.

What would you say is the most memorable moment of your musical career?

In terms of my own music, I think releasing my first single and doing the first everything around that first single was great — my first single launch gig, my first official gig playing my own music outside of the football world. With everybody singing that song Weekend in Paradise back to me, it was an amazing, amazing experience. It’s your dream as a musician. You know, when you looked at the videos of Oasis playing in all the stadiums and all the people singing. “That guy, he made that song, with a pen and paper in his bedroom and now all those people singing back to him, that’s amazing, that’s what I want.”

And for me to have my first real taste of that, to see people basically losing their shit to one of my songs, it was just a feeling of euphoria.

Do you have anything else you want to share? Just in general to your fans?

There’s a lot more to come from me. I set my ambitions high so I want to be the best of the best. Wait for that, and thank you. This is the main thing I want to say to everybody who’s listened or supported me in any way. It means the world. You need everything you can get. So thank you very much.

If you happen to have stumbled upon this chat and don’t know who I am, take a chance on me. 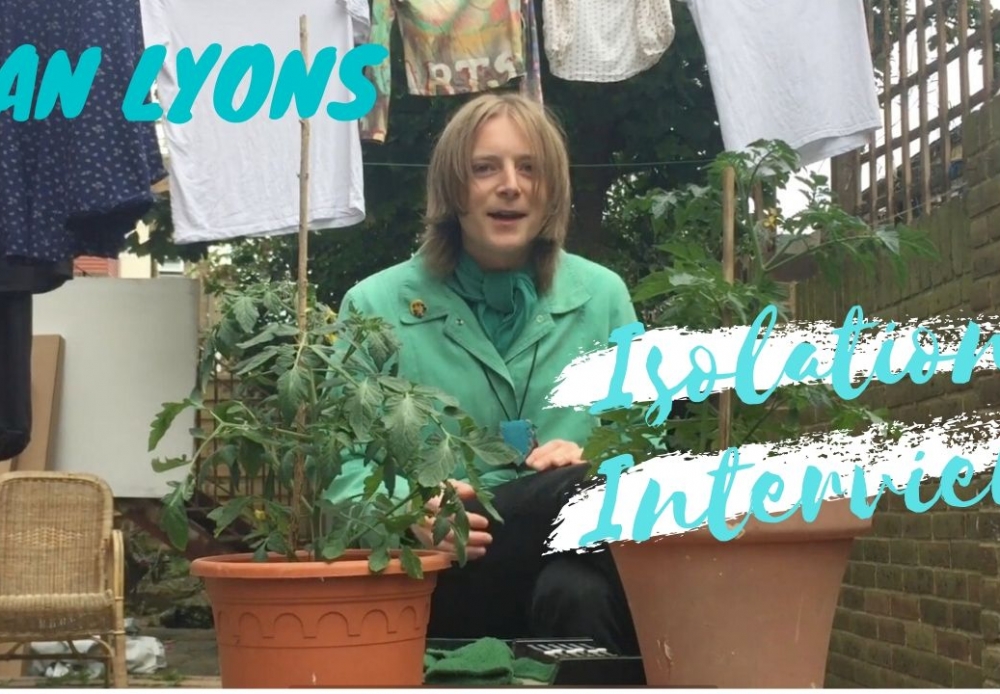