Although they’ve been absent for years, as the breakthrough wave of experimental indie pop which they headlined has fallen, Friendly Fires have stood strong in the face of doubt and time with their latest record, Inflorescent. With a newly stylised approach to their writing and production, they have walked the tightrope of maturity and youthful energy, expanding into new dance-driven songs with all of the liveliness of their debut.

From the very first single, “Silhouttes”, hints at Friendly Fires’ changed direction was evident. Although using the colourful guitar licks and conga drums of indie pop classics like Foals’ “My Number”, its four-to-the-floor drive with repetitive beat and lyrics shone a light on the dance inspiration behind this project. With the rest of the album featuring collaborations with the likes of Friend Within and Disclosure, it’s obvious their new sound was no odd coincidence. This is shown at its peak in cuts like “Heaven Let Me In”, featuring chopped up vocals and electronic drums at its heart to resemble more of an Armand van Helden remix of a typical Friendly Fires song, rather than the original.

Yet mostly, they blend these dance influences with their indie pop and dance punk background to form a gripping fusion. Nowhere is this better seen than the closer, “Run The Wild Flowers”, where its cacophony of synths mix with Ed Mac’s screaming vocals perfectly to end the album with shrieking excellence.

However, although featuring many great songs, unlike its predecessors this album has notable weaknesses. Although there are no immediately poor efforts, songs like “Kiss And Rewind” add almost nothing, passing by like an on-hold call theme. The lack of diversity in their albums seems to have caught up with them here, as the weaker efforts of Inflorescent are so easily forgotten in the shadow of superior versions of the same sound on other songs.

This is ultimately not a timeless record. Whatever lightning in a bottle moment their self-titled debut captured is not replicated here. Although sporting a number of great songs, this album is not revolutionary. With so many of their contemporaries following a dance-based route in a far more cutting-edge way, the illusive feat of breakthrough indie bands continuing to define the genre across over a decade of change remains just that for the band, illusive, unreached.

Nonetheless, not every album has to shatter perceptions in order to be interesting and enjoyable, particularly from a traditionally pop-aligned band such as Friendly Fires. Although perhaps not living up to the greatness of their previous albums, this is a strong comeback album from a band who so heavily based themselves in a now 10-year-old sound. Whether a fan of their indietronica roots, or a newcomer interested in their dance future, this album has something for all potential fans. 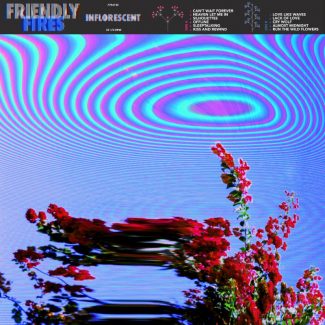