Its been just over 3 years since Dublin post-punk 5-piece Fontaines D.C. released their debut album, Dogrel, which went on to receive a Mercury Prize nomination, and was doused in love by both fans and critics alike, with many calling it 2019s Album of the Year, A Hero’s Death, the bands second album, followed in July 2020, seeing the band receive a Grammy nomination, and allowing them to sell-out venues across the globe. Now, it is time for the band, now hailed as the Best Band in The World to release their highly anticipated, third album, Skinty Fia, which is set to see the band reach new heights.

Opener In ár gCroíthe go deo (translating to In Our Hearts Forever), presents Fontaines D.C. as a band with increased musicality as low synths mark their long-awaited return. The track starts steadily before roaring to life for an impressive climax, proving how insanely talented the five-piece are. Inspired by a story featured in The Irish Post about a woman living in England who was battling with the Church of England to have In ár gCroíthe go deo inscribed into her gravestone and was told that the Irish language was too provocative, the track debuts a more cinematic side to the band.

Big Shot allows guitarist Carlos OConnells song writing to come to the forefront in his songwriting debut for the band, paired with a huge, sweeping guitar riff which paves the way for an emotional, relatable piece about feeling insignificant in the big scheme of things – despite success. This feeling is further explored through the albums title track, written about paranoia, anxiety and the media as the band acknowledge the fact that due to their success, strangers are going to have conversations about them.

Lead single Jackie Down The Line feels like a whole new song sat amongst its peers on Skinty Fia, as catchy and as anthemic as ever, with the band not shying away from difficult issues as the overly infectious track discusses cycles of dysfunction that begin to unravel in an abusive relationship, whether they be inherited or behavioural. This isnt the last time the band address social issues, with second single, I Love You, referencing Fianna Fáil and Fine Gael and their scandals in a true highlight from Skinty Fia, as vocalist Grian Chatten addresses his guilt of becoming successful and leaving Ireland.

More powerful than ever before, Bloomsday is a bleak number which presents itself as Fontaines D.C.s most cinematic release to date, serving a masterclass in both instrumentation and lyricisms wrapped up as a love song inspired by Chattens adoration of Dublin. The Couple Across The Way allows the bands love towards Ireland to become even clearer, a traditional, Irish folk piece driven solely by accordion that manifests itself to become the most surprising track on Skinty Fia – a complete left turn which only they could pull off.

Closer Nabokov, written by Conor Curley, is a demanding number, seeing Chatten push his voice in different directions as he reaches his highest register. Acting on commentary on a submissive relationship, Nabokov proves Fontaines D.C.s third album to be a triumph.

Skinty Fia is a loaded listen, introducing itself as an album that is not supposed to be listened to as separate tracks – but rather as a complete listen where all the tracks latch on to each other harmoniously. Feeling like an instant classic from the offset, Skinty Fia proves Fontaines D.C. to be one of the most vital bands of this generation.

Skinty Fia is available as of April 22nd on digital and limited edition physical formats*. 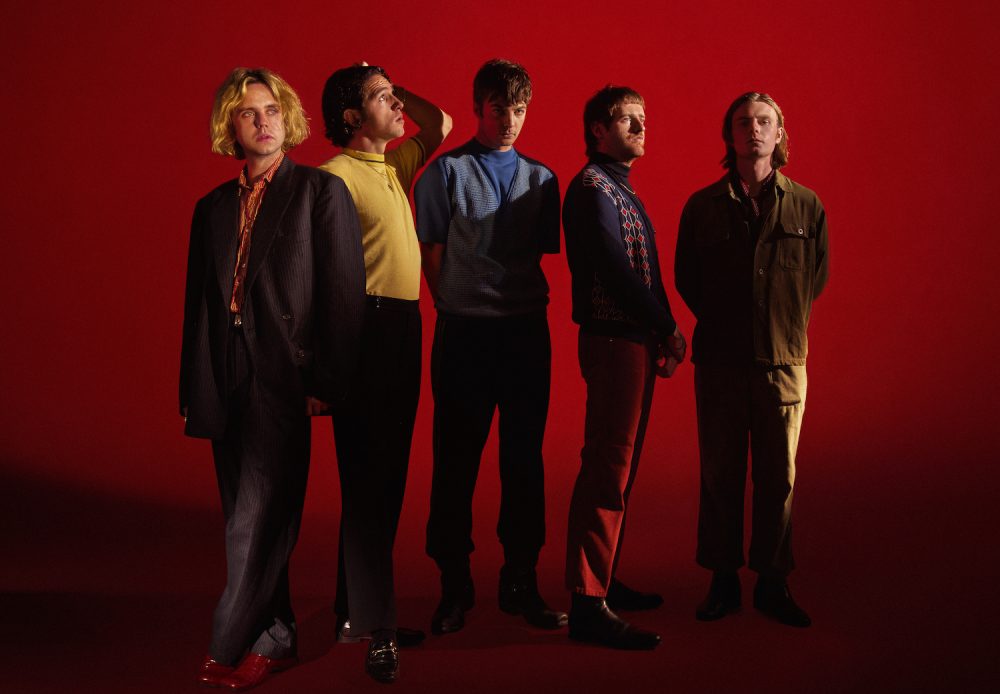