Yesterday saw Irish post-punk band Fontaines D.C. release their new single A Hero’s Death, the title track from their second album, of the same name, which is to be released on July 31st via Partisan Records. The video for the track comes is starring Aidan Gillen (Game of Thrones, The Wire, Peaky Blinders). Watch & listen below.

A Hero’s Death is an intense track which has a sinister layer of sarcasm, written about the battle between happiness and depression, and the trust issues that may form tied to both of those feelings.

it’s a list of rules for the self, they’re principles for self-prescribed happiness that can often hang by a thread’. ‘A Hero’s Death’ shifts from minor to major key, the reason for this being to show ‘sincerity and insincerity as the song goes on’ and you can see this through the music video as well.

The idea for the music video came from the advertising and the ‘repetitive nature of uplifting messages that take on a surreal and scary feel the more you see them.

The upcoming album, A Hero’s Death, sees Fontaines D.C. serve a conscious effort to unsettle expectations, challenging themselves and the listener, sacrificing the identity they made with their Mercury Prize nominated, debut album Dogrel and making another. The tracklisting and artwork can be found below.

Fontaines D.C. plan to tour extensively behind A Hero’s Death, with more information to be announced soon. 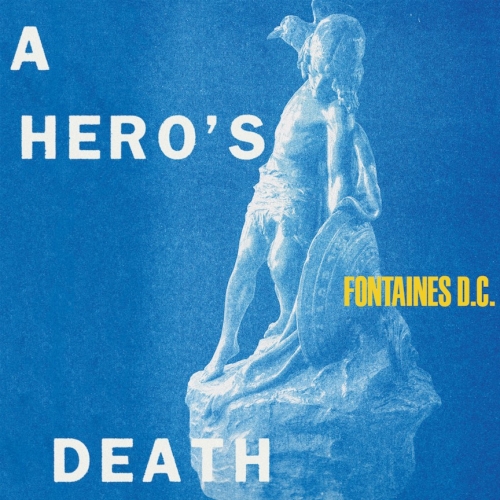