Everything Everything have just announced their new album Raw Data Feel will be released on May 20th. Coinciding with the album reveal, the quartet have also dropped their new single Bad Friday alongside a stunning video. Watch and listen below.

New album Re-Animator follows on from 2020s #5 album Re-Animator. Like their previous efforts, fans can expect the new record to be another crafty combination of harmonies driven by synths and programming. For the lyrics, however, frontman Jonathan Higgs employed the use of an AI. Feeding it the entire terms and conditions of LinkedIn, the ancient epic poem Beowulf, 400,000 4Chan forum posts and the teachings of Confucius and using its responses as a basis for the record’s lyrics, song titles and artwork creation.

Frontman Jonathan Higgs comments on the meaning and visuals for Bad Friday:

This song is about being a victim of violence, explaining it away through the gauze of a ‘crazy night out’. We wanted the video to have a monochrome Ink Spots classicism to it, disrupted by elements of A.I.-generated imagery. This reflects the approach to writing and producing the song – the minimalistic combined with the surreal and disorientating.

On the new album he adds:

It’s the sound of the record as well, a lot of technology meeting organic sounds. I think there is a certain type of interaction between Alex’s technology and the human that is using it which is quite unique. I’m really not ashamed to say I think it’s amazing.

Produced by the band’s guitarist Alex Robertshaw and production partner Tom Fuller (aka Kaines and Tom A.D), Raw Data Feel is available to pre-order on limited edition vinyl* as of now.

On top of all that, the band have announced a limited-edition lyric book ,CAPS LOCK ON: Lyrics + Debris 2007-2022, also out 20 May through Faber Music. The book comes in hardback and is a collection of all the band’s lyrics, including b-sides, rarities and new album Raw Data Fee. It also comes with setlists and photos. The lyrics books is available to pre-order here*.

In support of the new album, the four piece have announced a massive UK tour for this spring. Support comes from Do Nothing, Phoebe Green, Liz Lawrence and L’objectif. Tickets are available here*. 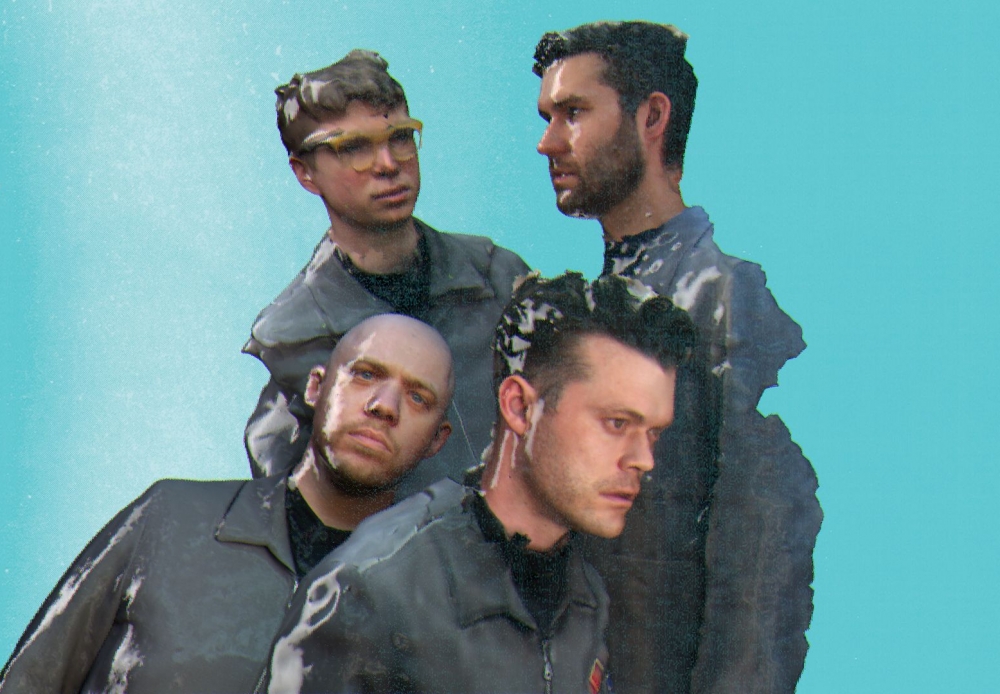