Listen to new single 'In Birdsong'

Home > News > Everything Everything release first new music in 2 years

Premiered on Radio 1 last night by Annie Mac, Everything Everything today reveal their first new music in 2 years in the form of new song In Birdsong. The track comes with an animated video. Watch and listen below.

In Birdsong is the first release on their own Infinity Industries imprint, in partnership with AWAL, and follows on from the Deeper Sea EP (2018), as well as their Mercury Prize nominated fourth album A Fever Dream (2017).

The song continues the band’s unconventional genre-bending sound paired with Jonathan Higgs’ falsetto. For recording the track, the band teamed up with John Congleton who has previously worked with the likes of St. Vincent, Sharon Van Etten, Angel Olsen and Future Islands.

Higgs commented on the track:

We weren’t intending to share this song right now, but in the age of Coronavirus, we wanted to be responsive to the changed landscape and ‘In Birdsong’ unexpectedly emerged as the most appropriate song to reappear with. Birdsong has accompanied human life since before we were even human, but in the recent century it has been obscured or pushed out of our lives. In the song I talk about hearing birdsong and knowing we are conscious and alive. With fewer cars and planes, and less human intervention generally, we’ve all been given the opportunity to reconnect with resurgent nature, and where we all are, for this brief moment – In Birdsong.

As the lockdown made creating a regular video impossible, Higgs instead dedicated his time to teaching himself computerised animation. The resulting animated video for In Birdsong was created entirely independently.

Everything Everything is completed by Jeremy Pritchard (bass), Michael Spearman (drums) and Alex Robertshaw (guitar). 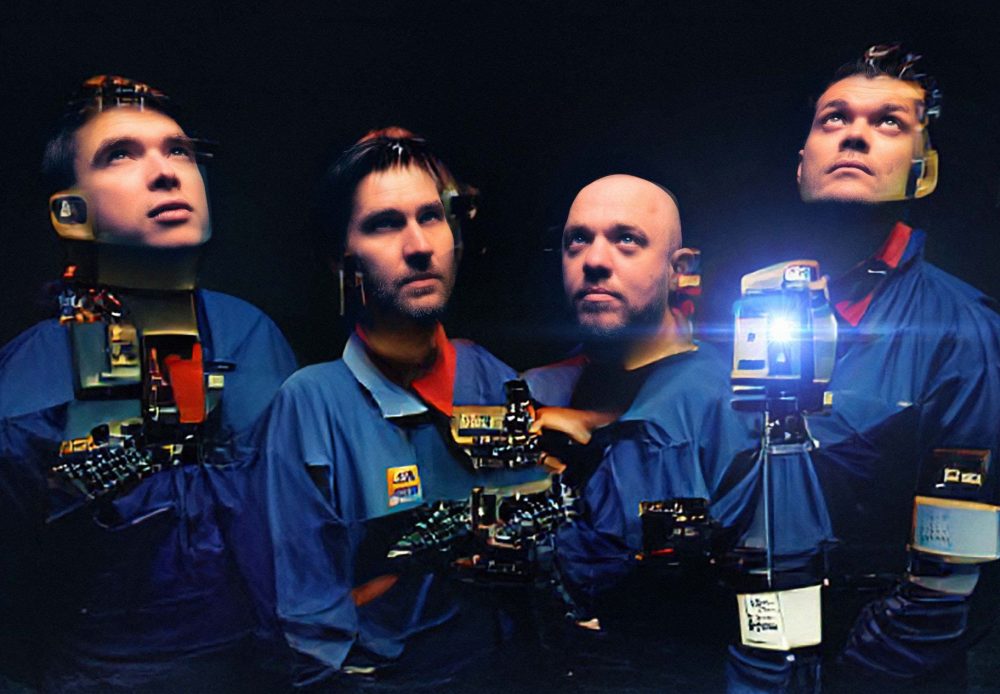