Black Country, New Road – Ants From Up There

Home > Reviews > Black Country, New Road – Ants From Up There

It’s been exactly a year since Black Country, New Road released their critically acclaimed, Mercury Prize nominated, debut album, For The First Time. Now, hot on its heels, the band are set to release its follow up, Ants From Up There, a 10 track body of work that sees the band take another bold, innovative musical leap.

Opening the album in a similar way that their debut did, Intro is a display of how crucial each member of Black Country, New Road are to the band. A whirring, instrumental number, Intro opens Ants From Up There building suspense and excitement to what might follow it.

Chaos Space Marine follows, the album’s lead single, however, also the track that the band believe is the ‘best they’ve ever written’. Both chaotic and coherent, Chaos Space Marine sees the band’s musical expertise come to life through lively violin that partners with rhythmic piano and pulses of saxophone to create a truly infectious track that proves Black Country, New Road to be on top form.

Combining the bands tender side with their most joyous, Concorde opens with tip-toeing drums and Isaac Wood’s soft, whisper like vocals that see Black Country, New Road take a toned-down approach, showing their eagerness to explore their softer side, before the track builds with tension into its dramatic crescendo which further enhances Concorde’’s softer side.

Good Will Hunting is a display of what the band do best, unpredictable fluidity. Propelled by infectious, intriguing melodies, which team flawlessly with punchy drumwork before crisp guitar lines drive the track home, Good Will Hunting holds what could be Isaac Wood’s strongest vocal display to date.

Named after a live streamed performance at Haldern Pop Festival in Germany, Haldern sees the band attempt to capture the joy created by spontaneous improvisation. Seeing the band take another left turn, Haldern effortlessly captures the magic within Black Country, New Road’s musicianship, creating a one-off, unique song that others would struggle to replicate.

Sombre and sentimental, Mark’s Theme is an instrumental track centred around Lewis Evans saxophone. Named after Evans uncle, who sadly passed away from COVID-19 in 2021, Mark’s Theme is a truly beautiful number – allowing the band to make a tribute in a stunning way that feels like a warm hug.

Snow Globes and Basketball Shoes are the perfect closing pair for Ants From Up There, finding the band at their most powerful and impressive. The final track on the album taking form as Basketball Shoes, a long-term fan favourite in the bands live sets which has finally got its rightful place on an album. Seeing the band at their most confident, both tracks see Isaac Wood swap his soft spoken word for his singing voice which travels from quiet and controlled to stirring and effervescent.

Ants From Up There is a glowing follow up to Black Country, New Road’s debut, proving that the band have not fallen victim to the second album curse. The album sees the band take continuous left turns, which will only pay off for them in the long haul. Accessible yet more innovative than ever, Black Country, New Road return on top of their game 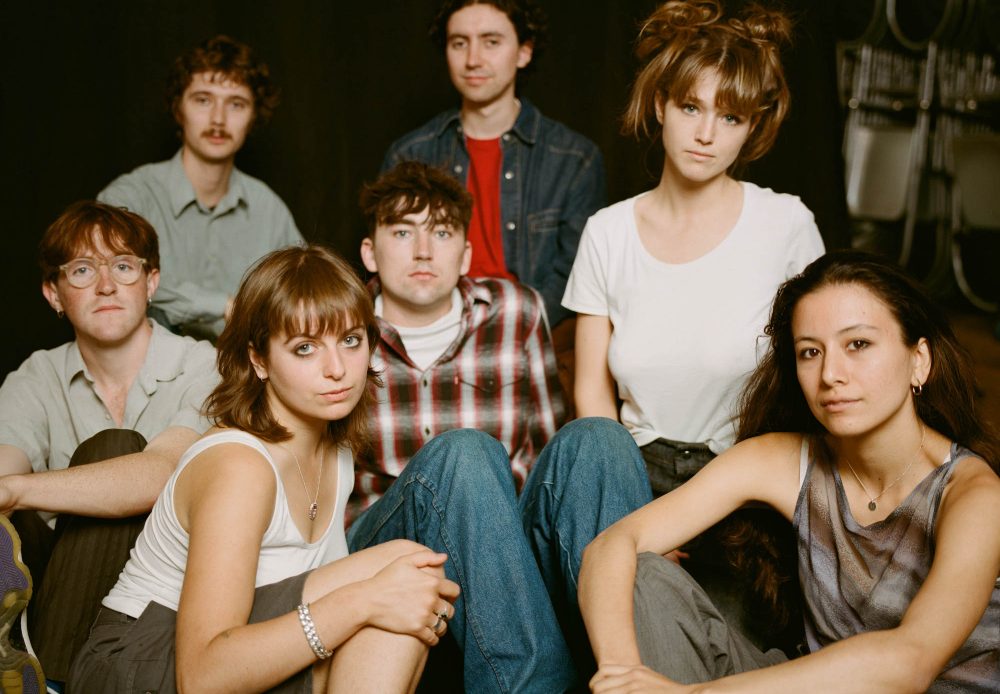