Another Sky – I Slept On The Floor

Home > Reviews > Another Sky – I Slept On The Floor

Recently, lead singer Catrin Vincent of Another Sky spoke of her performance at St. Pancras Church in 2017. She describes the dark, silhouetted yet brightly lit circles that provided a backdrop to that performance. In many ways, that setting seems to perfectly embody the music we hear on the band’s stunning debut album, I Slept on the Floor. Minimal. Ethereal. Sparse but textured. Delicate yet tangible. The themes of I Slept on the Floor are heard right from the beginning, with the moody, shuffling opener How Long? The subsequent track Fell in Love with the City matches the gloomy, resonant mood of its predecessor, based on a simple but memorable refrain, a spare set of piano chords and guitar. The lyrical content may not be profound, but it more than makes up for it with an authentic, personal feel.

The intense power and vulnerability of Vincent’s voice is heard in all its splendour on Brave Face and The Cracks especially, two anthems which show the band’s talent for escalation and soaring choruses, buildings into beautiful crescendos. Her voice is androgynous to say the least, reminiscent in that way and others to Greg Gonzales of Cigarettes After Sex. Like the best bits on the record, it’s packed with emotion, width and subtlety.

All these attributes culminate in the haunting highlight of this album, which is rightfully given the place of title track. It’s unnerving in its vulnerability and minimalism: bare vocals, bordering on lofi, with nothing but some added effects and a quiet organ in the background to protect it from the elements. As a listener, you find yourself hanging on every word. The final lyrics ‘I am still here, still happening’ being an ode to persistence and durability. It sounds cliché, but in the hands of Another Sky, it bares a heart-wrenching profundity. With the exceptional melody it’s tied to, the track is unbeatable. On the other hand, the extent to which it is comparable to Motion Picture Soundtrack, from Radiohead’s Kid A, is slightly distracting.

Another Sky certainly play to their strengths across the whole album – unfortunately, these strengths are too close to those of a select few other bands for comfort. Everything Everything, Radiohead, Alt-J – Another Sky never stray too far from this seemingly narrow set of influences. Admittedly, those influences are fantastic, but the sound of I Slept on the Floor often feels alarmingly similar to those artists. It calls into question the artistry of performers with obvious talent, holding them back artistically.

The track which follows the title track, Life Was Coming in Through the Blinds, immediately continues the lyrics which precede it, evoking the idea of waking up from the night spent on the floor, backed with dreamy piano keys. Despite the danceable percussion, it’s a quiet song until the distorted guitars sweep in. It builds off the delicacy of the previous song, showing Another Sky’s ability to escalate with dark yet charming songwriting and clever production. All Ends is another heart wrenching exercise highlighting the versatility of the vocalist, with a hook that exposes crippling vulnerability. Every aspect of the recording, from the bass heavy mixing to the reverbed, melancholic guitar, sounds as if on the verge of tears.

The closing track carries a confident swagger to it, based around slapped guitar and shuffling, funky percussion, contrasting with the dark, glittering synths and ethereal vocals.

Every beautiful piece of instrumentation comes together in a perfect mix by the conclusion. It’s neither overwhelming nor scant, but rather a perfect resolution, reflecting the emotion and sparseness of the rest of the album with an uplifting sense of optimism.

I Slept on the Floor may not be the most original album, being held down for fear of straying too far from a well-established blend of art pop, indie rock and folktronica. But Another Sky have something far more important than originality: they have a story. Like a single white light in a dark room, Another Sky brilliantly encompass a feeling of loneliness and despair whilst offering a sense of hope through tragedy. It makes for an album as affecting and relatable as it is beautiful to the ear. I Slept on the Floor asserts itself as one of the most exciting debuts of 2020 so far. And I for one cannot wait to hear how the band continues the story. 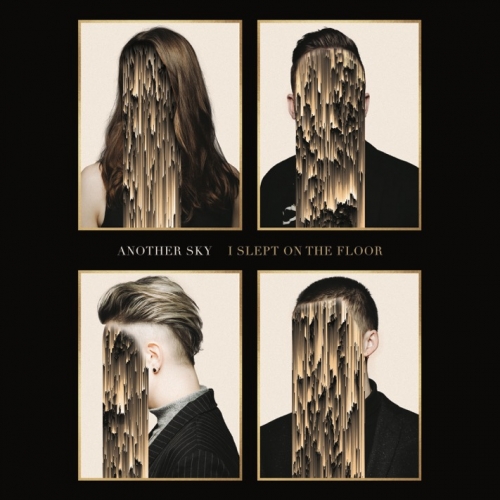