Yesterday, L.A.’s A.O. Gerber shared her latest single, Only Mystery, the 4th track to be taken from her upcoming second album, Meet Me at the Gloaming – which is set for release on October 14th.

Speaking of the track, Gerber states, ‘I wrote this song about trying to get to know my father in the waning years of his life and grappling with how hard that is — the desire for closeness at odds with the reality of our history.’ She continues, ‘He’s an incredible saxophone player — I grew up eavesdropping on him playing in our living room. Even though we never really connected around music, I have to imagine that had a huge influence on my desire to be a musician. I knew I wanted to have saxophone on this song as a sort of homage to him. Sam Gendel’s eerie and subtly-omnipresent playing is one of my favourite parts of the track.’

The release of Only Mystery arrives with its accompanying music video, which features clips from home videos – only adding depth to the song’s theme. Of the video, Gerber goes on to add

The only visuals that made sense to me for this song were clips from home videos. So I asked Alexa Nikol Curran, my best friend and the only person I’d trust, if she’d be willing to comb through the hours of footage I have and create something fitting. I love working with her because she somehow reads my mind and then elevates whatever I was imagining.

Only Mystery follows on from previous singles, ‘For’, ‘Hunger’, and, ‘Looking For The Right Things’ – all taken from Meet Me at the Gloaming, which is set for release this October via Father/Daughter Records in the US, and Hand In Hive in the UK. To celebrate the album’s release, A.O. Gerber will be heading out on a UK tour this November.

An emotional, compassionate number, previous single Hunger speaks of the nuances of the opposing forces we tend to face in our lives. Speaking of the track, A. O. Gerber states:

This song sort of wrote itself in the midst of a really devastating fire season in LA. I’d been thinking a lot about the opposing forces of desire and negation, all the different ways we both consume and restrict as individuals and as a culture. I’ve spent so much of my life vacillating between these polarities, making myself small physically and spiritually. I haven’t always had the ability to critique that impulse in myself but it felt good to do that here.

The track is paired with a visually striking video, directed by Vivian Wolfson, which allows the song to poke fun at itself through stunning set design and absurd concepts.

A.O. Geber has also today announced details of her UK tour, which is set to take place this October, with tickets on sale now.

Emotions run high throughout Meet Me At The Gloaming, presenting itself as an album that pierces grief head-on, allowing room for glimmers of hope and certainty. A deeply introspective and thoughtful release, the album is set to allow A. O. Gerber to reach new heights with grace.

Hunger follows on from recent single, Looking For The Right Things, Gerber’s first new music since her critically acclaimed 2020 debut album, Another Place To Need.

Looking For The Right Things spotlights Gerber’s ability as a songstress, whilst also highlighting her ear for ethereal arrangements – proven through the track’s electro-pop tones which are propelled by bright percussion and vivid keys.

Speaking of the track, she states

I wrote this song in 2017 in a moment of exasperation, when my desire to show up as my honest self and let someone else show up as theirs felt impossibly difficult. That refrain, “Looking for the right things,” was a sort of anxious plea. We tried to record this song for my first record and we couldn’t get the production right (irony!). As the years went on, I tried again to re-work it, and the repetition of that refrain started taking on new meaning. There’s anxiety in it, but there’s also gentleness, self-nurturance, and even some hope — this feeling that it’s worth it to stay open, stay tender, stay messy.

Accompanying the track’s release, A.O. Gerber has also shared its music video. An enchanting, charming video that resembles a dream implied through the freeing movements of Gerber. 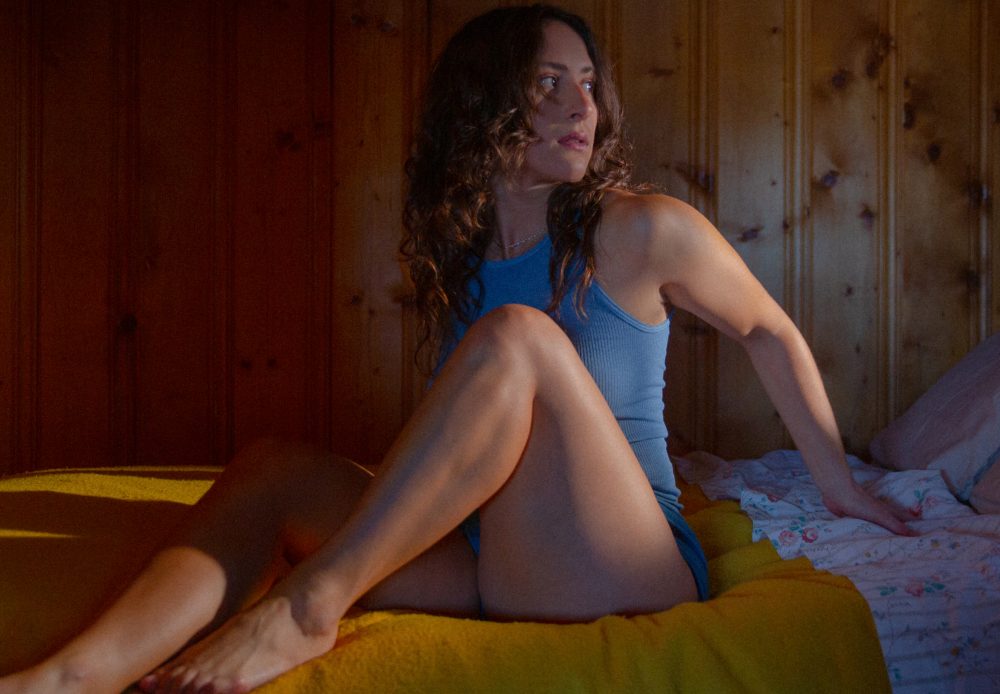