A.O. Gerber – Meet Me At The Gloaming

Home > Reviews > A.O. Gerber – Meet Me At The Gloaming

It has been over 2 years since Los Angeles’ A.O. Gerber released her critically acclaimed debut album, Another Place To Need, which garnered attention for its orchestral ruminations on the tribulations of relationships and overthinking. The debut, which took over 3 years to complete – saw Gerber collaborate with a variety of her musical friends in Los Angeles. Yet, now, this week sees A.O. Gerber return stripped back, with the release of her second album, Meet Me At The Gloaming.

Underwater synths bring the album to life with the opening track, ‘Disciple Song’. Allowing Gerber to explore the importance of a spiritual teacher and the hold that was had over her, ‘Disciple Song’ builds into a kaleidoscopic number which serves itself as a sample of the newly-found, avant-garde sound palette that A.O. Gerber has made and found comfort in throughout Meet Me At The Gloaming.

Both enthralling and hopeful, the previous single, ‘Looking For The Right Things’ places emphasis on the graceful simplicity of indie rock whilst providing an emotive vocal display which adds further depth to touching lyrics that speak of the frustration that looms when the desire for closeness, and the complexness of allowing it, creates severe anxiousness.

‘You Got It Right’ feels straight out of a movie soundtrack, where gentle piano strokes intertwine with echoed, softly spoken lyrics which offer a meaningful reflection on how people can often indulge in other people’s perceptions, and how when we begin to be associated with certain qualities – we find that that’s all we’ve ever really wanted to be.

Soft, everpresent synths and soaring riffs bring ‘Hunger’ to life, accompanied by ethereal vocals that pave the way for a heavily emotive piece of music. Written at the height of the devastating wildfire season in Los Angeles, ‘Hunger’ speaks of the opposing forces of desire and negation, allowing space for reflection and the realisation that both accountability and pleasure can happily co-exist.

‘For’ allows Gerber to wrestle with, and then welcome, the darker parts of her personality. Led by guitar and relaxed vocals, ‘For’ speaks of an experience with a struggling friend, seeing A.O. Gerber open and honest, allowing her to see herself in her friend’s experiences whilst recognising that she does not always have to feel up to helping them through it.

Allowing strings to come into the spotlight, ‘Just A Child’ provides comfort and warmth, whilst seeing Gerber share a personal, emotional experience with a tint of melancholy, as Gerber explains that she is ‘sick of herself’, ultimately feeling like she is building a strong, personal friendship with her listeners.

Album closer, ‘Only Mystery’, allows Meet Me At The Gloaming to come full circle, as Gerber dissects the complex relationship she shares with her father. Further emphasising the eclectic soundscape displayed throughout the album, ‘Only Mystery’ features fluttering strings which dance alongside delicate synths which warmly wrap around lyrics that speak of loneliness and betrayal. Synths, guitar and violin bind together as Gerber asks ‘was I good enough?’, as she gives into the part of her that still wants to be seen as good enough.

Meet Me At The Glowing presents itself as a self-help guide for those who are going through periods of transformation. Allowing A.O. Gerber to return more open and honest than ever before, the album tackles grief head-on whilst still leaving space for a glimmer of hope to peek its way through. Proving her comeback to be much needed, A.O. Gerber triumphs throughout Meet Me At The Gloaming. 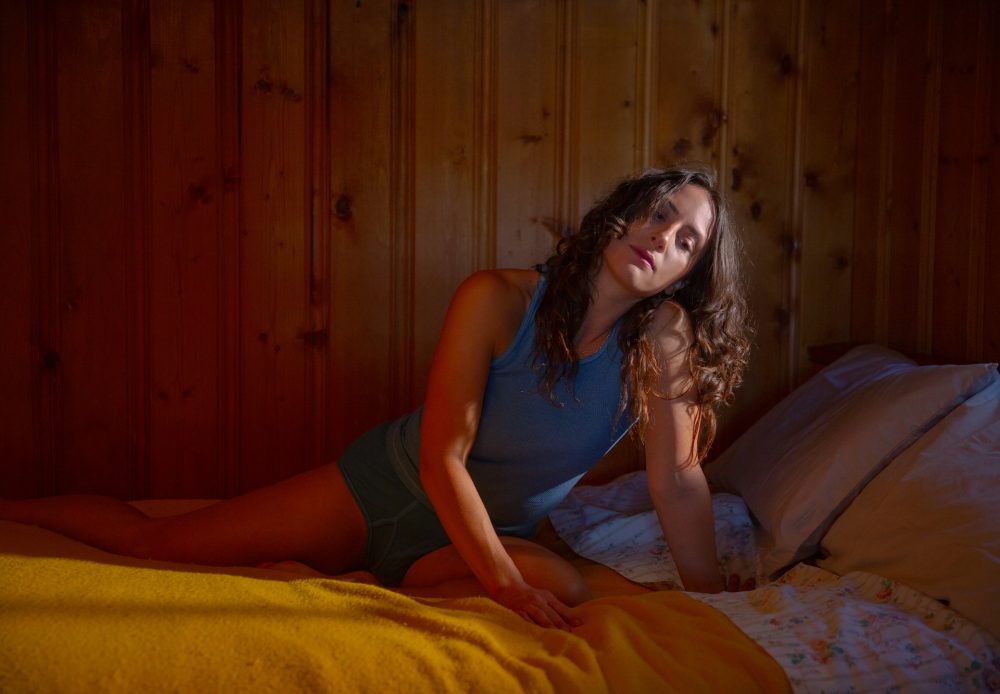