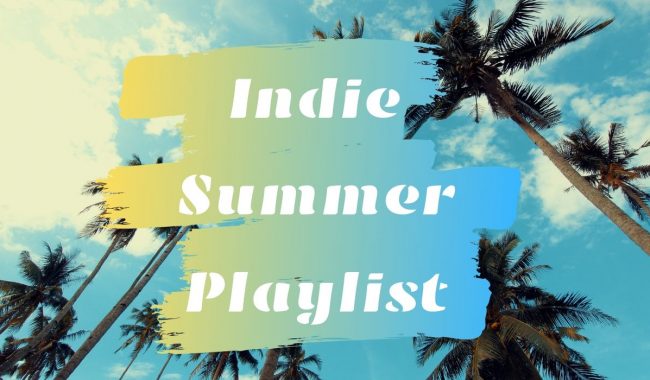 Whether you already got the summertime blues or suffering from a hot hot summer, these new indie tracks will be a great fit for your summer playlist.

From: UK, for fans of: Circa Waves, Franz Ferdinand

We wanted to write a track that hits you and then it hits you again. It’s honest and angry and intense. It’s about showing how brave vulnerability can be. Despite all the shit, as people we can still push through. I didn’t realise it at the time but I wrote it to myself.

From: Canada, for fans of: Yukon Blonde, We Are The City

Pace is the latest offering from Close Talker’s forthcoming new album How Do We Stay Here?, set for release on August 30th. To celebrate the album’s release, the Canadian indie rock band will embark on a headline tour across Canada and Europe this autumn.

On new single Pace they offered the following:

Pace is about fearing your friends will grow up long before you are ready to. It’s about people in your inner circle boldly striving toward adulthood without your consent and it evokes a question of allegiance; “whose side are you on?” It gives a voice to the growing pains of those wanting to remain bliss. Pace is about the moment you start to see your friendships, like everything else, fall victim to time.

From: UK, for fans of: Catfish and the Bottlemen, Circa Waves

Coventry indie rock four piece Candid have recently dropped their new single Concrete Jungle. Consisting of brothers Rob  (Vocals, Guitar) and Dan Latimer (lead guitar), the band is completed by Sam Baines (bass) and Ben Williams (drums). Drawing influences from Franz Ferdinand, The Strokes, and Catfish and the Bottlemen,  Concrete Jungle is an homage to their home in the West Midlands area.

Stranded is the first release from Canadian producer Garrison Hill and 19 year old Birmingham vocalist Gabrielle Mae Robinson, a.k.a MXE. Garrison Hill, whose legal name is Simon Henley, has already worked with many different artists under different monikers while MXE has mostly experimented with RnB and Trap / Soul covers.

From: Australia, for fans of: The Japanese House, Angie McMahon

Libby Steel grew up in rural Victoria, Australia and is the winner of the Triple J unearthed Queenscliff music festival competition. After the 2018 St Patrick’s Bushfires, she organised the Bushfire Relief Festival, raising over $15,000 for the cause. Her debut single Bones picked up airplay on Aussie taste maker radio stations Triple j and Triple j Unearthed. On her latest single Miss Me Libby comments:

I’m really proud to release ‘Miss Me’ to the world. Its rawness and organic production really encapsulates me at the moment. I can’t wait for everybody to hear this different side to my sound and look forward to playing it live for everybody with my band.