Australia’s Angie McMahon dropped her debut album Salt on July 26th via AWAL . The notes, strums, and chords on Salt are sparse enough to count silence as part of the song. But the album isn’t all quiet, it’ll move you with foot-stomping rock. Her voice sways from high and light, to low and gritty, always putting the lyrics at the forefront. Immediately you know the words here matter, carved into the song so smoothly, the point comes across in poetry.

In Play the Game, McMahon articulates a specific helplessness so clearly, that one listen will leave a violent twist in your gut you can clear only by laying your ear on the rest of this beautifully crafted album. She sings, her voice thick with what she’s holding back” I don’t know how to play the game you say that we’re not playing/we’re not playing well /and I’m not proud of all the loud things I’ve been saying/I lost my way inside our house.”

She finds her strength again in Soon, describing the body bruising tumble we take traveling from relationship to relationship. The music lifts, grounded and louder as she comes to her triumphant moment as she sings “I’ve been hiding my tears from my mother and she/she and my father still laugh together, see I’d like to have real love someday/and I’d like to get past this heartbreak soon.” A declaration we’ve all made, character and real. We are not only listening to McMahon, but we are also standing beside her, solid in our familiarity with how she feels.

In Slow Mover, McMahon uses her voice to emphasize the story of the song. It’s slow and low, with short pauses that in their soft way describe feeling bored by someone. The song is followed by Missing Me, a song that solidifies being fed up and ready to leave. Pasta is descriptive and personal. She picks the little lonely moments, the ones that feel meaningless but we count them as if they’ll add up to something big. She closes the album with If You Call. There is folky whistle that opens the song, following with the lines “I’m putting down the habit/that habit of looking back on all of it /and wishing I had done better.” If you take anything away from this album, if you tattoo anything about Salt to your memory, it should be this line.

Angie McMahon has taken some of the more ungovernable aspects of love, the desperation, loneliness, apathy and sings about them with a respectable honesty that most love songs could learn from. She unearths the unspoken details often set aside during the frenzied whirling of love and lights them aglow with her radiant voice and thoughtful insight. You will be forced to look at them, and you will be stronger for it. 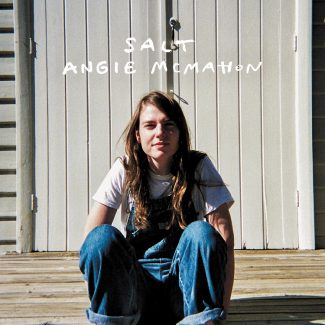