It’s been a huge year for Yowl, being named DIY’s Class of 2019, playing alongside the likes of Idles and Lice as well as huge festivals such as Pitchfork’s Avant Garde and London Calling Amsterdam. This had lead to the band gaining masses of supporters, all hungry for new music and today they get fed with the release of the new EP Atrophy.

Opening the EP is Sunken Boy beginning atmospherically before transforming into a catchy banger. From the offset it is clear that quintet are not going to disappoint listeners with this EP, beautiful instrumentation binds seamlessly with the poetry of Gabriel Bryde’s poetic lyrics.

Mammalian Fondness was the first track to be released from the EP, which saw the band produce a wonderful post-punk track which differed from Yowl’s previous releases, proving that the band are continuously developing as musicians. This track sees Gabriel Bryde tackle masculine boardrooms, career prospects and advertising with his unique, witty lyrics.

John The Collector is an explosive, energetic number written about toxic masculinity, but with a twist. The track sees the protagonist open up more about his feelings, yet with doing so he realises that the only way he can actually open up is through murdering his friends and sticking their faces on the walls, so that he has someone to talk to at any given time. John The Collector is incredible both instrumental and lyrically, a stand out upon Atrophy.

Commentating on social issues is what Yowl do brilliantly, and can further be proven by An Inflexible Storeroom. This time, the band dissect modern culture and self-deprecation. Isolated vocals make this track stand out immensely, proving that the band are full of variety and character.

Each track upon Atrophy differs slightly to the one before it, yet every single one is distinctively Yowl. The band deal with real issues, ones that listeners can relate to. Current fans are certainly going to be impressed, and new listeners are in for a treat. 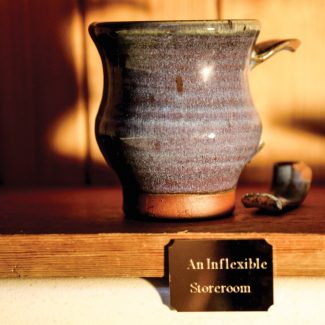