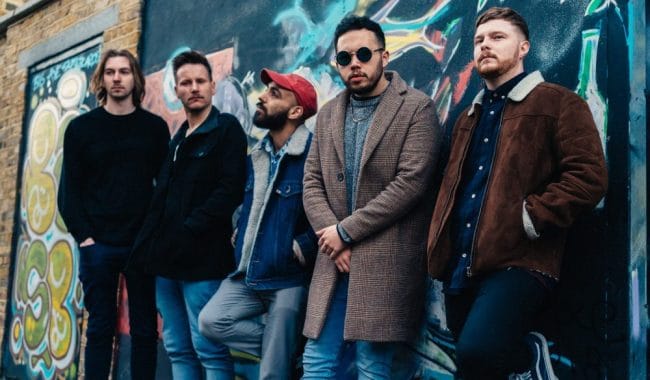 Following England’s first 2018 World Cup fixture, Youth Killed It celebrate the victorious match with the video for their new tongue-in-cheek single What’s So Great, Britain?. Listen and watch below.

The song is about clinging to the past and being blind to the future. Plenty of people look back to ’66 when England beat West Germany 4-2, but they’ll avoid looking forward like the plague. This song addresses that and is why we wanted to represent each country of Great Britain by wearing a Scottish, Welsh and English football shirt.

The artwork, along with that of previous single Where Did I Go Wrong?, was shot by Ray Roberts and forms part of a photo set the band commissioned to try and portray a portion of British society.

Youth Killed It started out in Norfolk as metal-band Under The Influence, before reforming in 2016 with their current moniker and aspirations of “not taking things too seriously in a world where everything is taxing and exhausting.” Signing with Rude Records and two EPs under their belt, the band released their debut album Modern Bollotics last year.