We’re in the depths of a dark winter. It might be absolutely freezing and going dark at 4pm, but Will Joseph Cook’s brand new album will plunge you right into a Covid-free summer. The 22 year old’s album ‘Something to Feel Good About is full of light melodies covering heavier topics. It’s a refreshing take on a person trying to find themselves in an increasingly scary world.

The opening track is a classic Will Joseph Cook song. Be Around Me is a fun, lighthearted track that plays on the innocence of new love. Cook flows between falsetto notes and his own charming voice, making it irresistibly easy to sing along with. The title track Something to Feel Good About follows on with stylish melodies. The choruses embody the buoyant affect that’s achieved throughout the whole album. As it develops there’s more and more contemplation.

The light hearted songs don’t just stop there. She Likes Me is a track filled with friendly harmonies and clever lyrics. Throughout the whole album there’s a heavy emphasis on electronic drum beats which creates a unique swagger to his tracks. Wayside is followed by a tuneful melody that plays in the background. ‘When you’re hungry I’ll make you food’ are some of the pure hearted lyrics that refer to new love.

Driverless Cars confirms his indie-pop label, and the song is full of innovation. The vocals work in harmony with the melodies to create a sense of unity in a song discussing being on auto-pilot. It’s uplifting in a relatable way. Wayside is also a dream. Beginning with an acoustic melody, his fresh style is never thrown off. There’s an edgy rhythm to the track, heightening his own relaxed attitude.

As the second half of the album unfolds, DOWNDOWNDOWN is the beginning of a reflective mood. Heartbreak is never easy, and this track captures that perfectly with the intertwining electronic beats and casual words. This reflective mood moves into 21, a song that is fairly downbeat but still perfect. As Cook plays a single strumming guitar, it’s one of the most effective songs on the album. Lyrics ‘I heard you need to learn to love yourself’ emphasise the contemplative attitude.

The final track on the album Last Year is the best way to end a great album. It captures the spirit of the previous songs – minimal, experimental instruments and pensive lyrics. This track has some of the best lyrics detailing a bad year. It’s clear he understands, and lyrics such as ‘it’s time to stop smoking stuff to numb it’ are just as relevant now as ever.

Will Joseph Cook’s album is certainly Something to Feel Good About in this dark winter time. 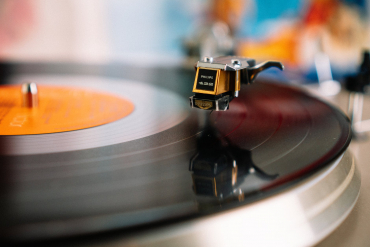