Wallis Bird shares her new track Aquarius, taken from her forthcoming seventh album Hands, which will be released on May 27th.

Aquarius paints a bigger picture with its witty intellect and openness of political statement as a song about identity, constantly moving and questioning the authority of control. Wallis comments on the track:

The simple chorus is basically my own origin story, but the verse is about having the right to choose your own choices, pretty fundamental stuff: euthanasia, abortion and Ireland’s Repeal the 8th movement, healthcare etc. These are really intricate things that became part of the big conversation about control and who controls what in life

Wallis Bird is Irish born and lives in Berlin. She has released six albums since 2007, winning two Meteor Awards ­- mostly recently for Best Female Artist ­­- and a German Music Authoren Preis, as well as getting two further nominations for the Choice Music Prize, Ireland’s equivalent of Britain’s Mercury Award. Over the past decade, she has also performed more than 1,000 shows, earning a reputation for live performances that are energetic, passionate, and witty.

Her new album Hands – also known as “Nine and a Half Songs for Nine and a Half Fingers” (a reference to the fact that she has 9.5 fingers) – is Wallis’ seventh studio album to date. Trust, alcoholism, stagnation, self-censorship, and improvement are themes explored. Nevertheless, they are delivered with a voice unusually rich in joy, ingenuity, and empathy. 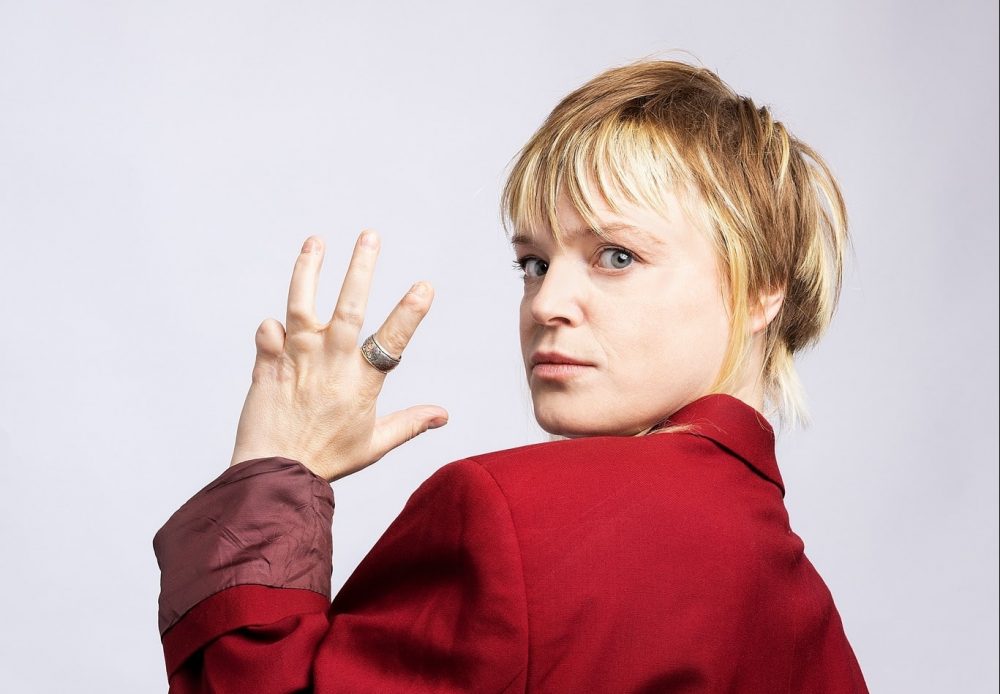