The Wedding Present – Locked Down and Stripped Back

Home > Reviews > The Wedding Present – Locked Down and Stripped Back

I feel obliged, in the name of transparency, to preface this article with the admission that I am a massive, massive Wedding Present fan- though that likely would have become abundantly clear very quickly had I not outrightly said so. I have had the pleasure of being front and centre at a number of Wedding Present gigs in recent, pre-Covid years, and on multiple occasions have pestered frontman (and essential auteur) David Gedge for a selfie, all in which I’m looking quite ridiculously star-struck. Despite my fanaticism, and the fact that Locked Down and Stripped Back is largely a collection of re-recorded, pre-existing Wedding Present songs, I can quite genuinely (and un-eloquently) say that I think this album is bloody wonderful.

Whenever I listen to the Wedding Present, I am always struck by the great warmth of all their music. I don’t mean that their entire back catalogue is rife with forced happiness- in fact, with heartbreak a common lyrical thread throughout, the Wedding Present discography is often lyrically devastating- but there’s something that forever exists in their sound that fills the ears, then the whole body, of the listener with a feeling of fullness, warmth.

Perhaps it’s down to something unique in Gedge’s always-intense guitar style- the stamina he demonstrates when playing live, full-throttle, through some of the fastest Wedding Present songs (Take Me comes to mind immediately) is truly akin to that of a professional athlete. But also, Gedge has the remarkable ability to deliver old songs of his with such genuine-seeming emotional investment that, to the listener, he might have written them yesterday. Some of the songs re-worked on Locked Down and Stripped Back are more than three decades old; presumably none of the feelings imbued in these songs are at all relevant to present-day Gedge, but you wouldn’t know that from his delivery. I wouldn’t be able to even hazard a guess at the sheer number of times he has performed some of the earliest Wedding Present songs, yet here they appear on this album, unwaveringly emotionally charged. I would credit him with a great acting ability, but that might suggest falsity in his performance; after all the Wedding Present shows I’ve watched, both in-person and recorded, I’m yet to see anything even faintly hollow or habitual in Gedge’s delivery, likely by virtue of the strength of his song writing.

At the heart of Gedge’s lyrics is usually a profound and universal relatability- if not to a specific relayed story, then to the emotion behind it. Usually love. To quote the oft-quoted John Peel Himself, “the boy Gedge has written some of the best love songs of the rock’n’roll era – you may dispute this, but I’m right and you’re wrong.” This relatability allows not only listener empathy, but also other musicians to, just as convincingly as Gedge, adopt lead vocal duties. Melanie Howard, the band’s current bassist, sings lead on track nine, Sports Car. It’s stunning and, despite the massive disparity between Gedge’s strongly regional, guttural voice and Howard’s ghostly-soft one, it doesn’t feel at all misplaced.

Also guest-featuring on vocals is Sleeper’s Louise Wener; Jon Stewart, her fellow band-mate, is also the Wedding Present’s current-serving lead guitarist. The track on which she features is actually a previously-unreleased Sleeper track (though it now appears on Sleeper’s This Time Tomorrow). This latest Wedding Present line-up is something of a fantasy-football level dream-team of mine- I’m an equally huge fan of Sleeper, on drums is Chris Hardwick of My Life Story fame, and, as mentioned earlier, Melanie Howard, aka Such Small Hands, is bassist. Recurrent member Terry de Castro also makes an appearance on this record.

There are several unique joys about Locked Down and Stripped Back as a Wedding Present album. It features a new track, You’re Just A Habit That I’m Trying To Break, for one. And on YouTube, the album exists as a playlist of live-streamed video recordings. It’s wonderful to be able to watch there the isolated members be stitched together quite seamlessly (a couture patchwork!) on each track. For hardcore fans, it might also be worth pausing the video occasionally to attempt to read the titles on the extensive bookcase behind Gedge, and with them play a kind of Where’s Wally of his potential literary inspirations.

But, of course, objectively, the best part of Locked Down and Stripped Back is the video appearance of Doris: the album’s cover star and Gedge’s very lovely, very small, pet dog. 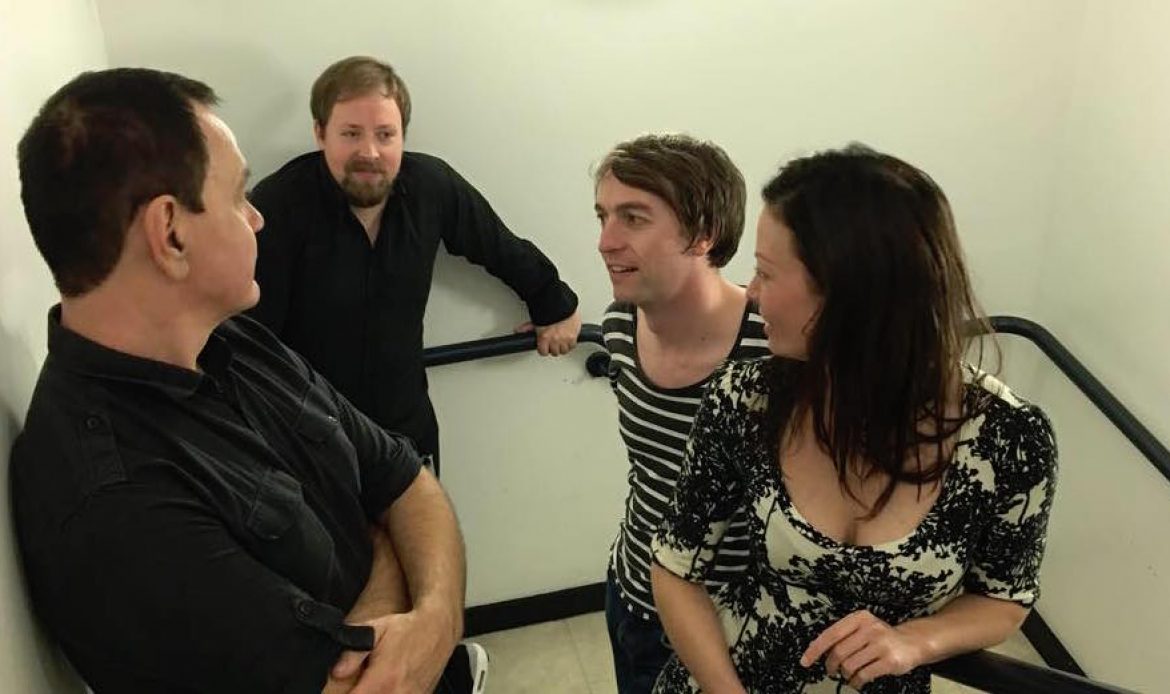