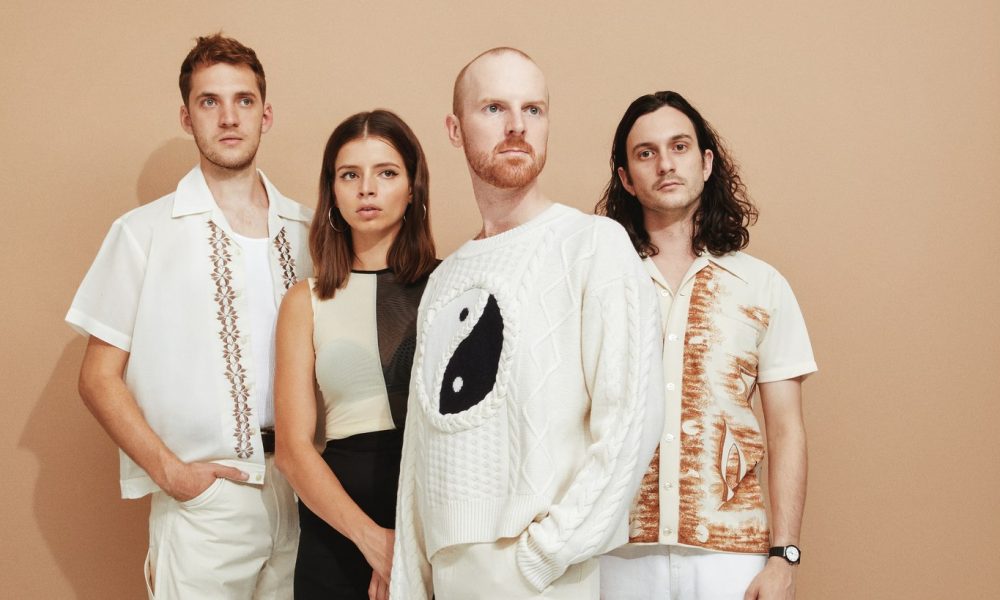 After the huge success of the gold-certified single, Heavy Hearted, legendary Brisbane four-piece The Jungle Giants have returned with the uplifting new track Sending Me Ur Love. Listen and watch the video below.

Written and produced by lead singer Sam Hales, it is intended as “as ode to self-confidence”, which shines through with it’s unashamed dance-music feels, accompanied by the signature Jungle Giants sound of Jangly guitar, bouncy glittery synths, and soaring vocals.

The Jungle Giants placed 8th in Triple J’s prestigious ‘Hottest 100’ countdown of 2019, and after the unanticipated success of their third album, Quiet Ferocity, are about to embark on an international tour starting January 28th, in the Netherlands, and ending in two months time in Japan. The US leg of the tour begins in Boston, on February 6.

The quartet will be appearing as headline festival acts later in the year at Splendour In The Grass and Falls Festival. All dates can be found below.