After the initial success of their self-titled debut album, the Futurehead’s gained an art-pop notoriety during the NME-fuelled indie resurgence of the mid 2000’s. Since their iconic cover (and improvement) of Kate Bush’s classic Hounds of Love, the cult favourites have returned with their first new music for over half a decade.

Having quietly disbanded in 2012 amidst lead singer Barry Hyde’s ongoing mental health problems, many thought that the Futureheads were being confined to history. Thankfully after finding some stability in life during the creation of his debut solo album, Hyde has returned with his bandmates amidst a new focus.

New album Powers sees them lyrically delve into the uncertainty of modern life in 2019 Britain – politically, mentally and musically. It’s a welcome if not sometimes difficult addition to playlists everywhere.

Lead single Jekyll signals a return to what the band are best at. Furious guitar thrashing and absolutely brilliant vocal harmonies. The aggressive tone is a beautiful subtext for the confrontational society which we find ourselves living in.

The album jumps in pace and mood whilst retain its core themes. Good Night Out is one of the tamer songs on the album but is an indie anthem which we need to protect from falling into obscure retro 2019 compilations. Meanwhile Across the Border sounds like they should feature on an episode of The Young Ones, with the band magically appearing in the characters living room.

The Futureheads – Good Night Out

Indeed, much of the album feels like a 1980’s post-punk band lamenting Thatcher’s Britain. An unpolished, no frills album which is an affront on the senses at times. Powers is an exciting signal that The Futureheads were never destined to fall into the experimental art-pop scrapyard. 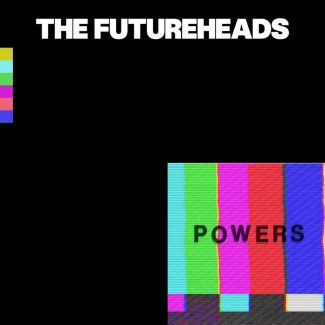