Teasing fans with the gradual release of their singles throughout last year, Tame Impala have released the best Valentine’s gift of all; their new album The Slow Rush. Indeed, Kevin Parker’s fourth album reflects a more emotionally intimate side to his identity, one which wasn’t prominent within his previous albums. This focus on the identity brings to the forefront the time anxieties which plague the singer throughout this album, compelling him to begin the harrowing journey towards confronting his own past.

Parker kicks off his new Tame Impala album optimistically. Within the first feature Instant Destiny, his dream-like vocals are glossed with an admiring optimism. Voicing the emotions he faces when meeting ‘the one’, Parker sings ‘I’m about to do something crazy.’ These lyrics immediately begin the track, whereas many of his songs are iconic in their lavishly futuristic instrumental openings. Already, this immediacy has undertones of time anxiety, setting up its influence which will run throughout the album.

Parker’s persona battles with the past throughout this album. This is captured most prominently within his earlier release Borderline. Accompanied by the optimism of the trademark electric piano and soft percussion, these merely serve as a disguise to the darker nature of this song, which covers Parker’s state of uncertainty whilst being caught in a self-critical state of mind. This is promoted through Parker’s hard-hitting lyrics of ‘will I be known and loved?’

This emotionally intimate introduction into Parker’s distressed psyche is admiring, mirrored through his earlier release of Posthumous Forgiveness. Indeed, the plunge of the electric guitar into a melancholic and sombre tone sets up the pessimistic content of the song itself, which is Parker’s lyrical confrontation to his late father Jerry. Parker metaphorically resurrects the presence of his father through his lyrics in order to gain closure, a closure perhaps inspired by the prominent assertion that ‘it might be time to face it’; the main focus within It Might Be Time. It was Parker’s honesty I found to be most captivating throughout this selection.

Escaping the grip of the past is a trouble prominent within Tomorrow’s Dust, where the beat resembling a sand-shaker haunts the instrumentals throughout the song like a ticking clock. This drives this time anxiety experienced by the persona. This is prominent through Parker’s lyrics ‘I was tied by your memory’; where this sense of being ‘tied’ to the past resonates throughout the album. Such anxieties are symbolised on the album cover itself, which depicts a room enveloped with sand, perhaps representing a sand-timer. However, this room is over-filled with sand, perhaps symbolising the abundance of time spent in the past as opposed to the present- a key theme within this album.

The importance of such closure and relinquishing the past are a point of emphasis throughout this album. This is notably achieved within Breath Deeper, which sees the use of relaxing instrumentals whilst establishing a somewhat 70s disco aesthetic. A confident certainty is maintained throughout,from the excessive repetition of ‘I can, believe me.’ This enthusiasm appears to signify Parker’s own emotional journey as the listener traverses through this album. Indeed, the absence of the iconic haze of the electric piano perhaps alludes to the persona’s clearer state of mind. This is clarified through the relaxing visual image of ‘let those colours run’, complimenting the chilled-out haze of Parker’s vocals whilst maintaining an energetic groove similar to Blossoms.

This drive towards the optimism of the future is carried through in On Track. The disorientated electric piano is followed by intense and slow piano chords, which I found similar to adjusting a camera lens into focus, considering one’s achievements in life optimistically. Indeed, this is a feat of which this album attempts to deliver.

This optimism is driven through the repetition of the lyric ‘strictly speaking, I’m still on track’, however, we see the persona fighting with the pessimistic voice of Borderline throughout this song. This is evident through the lyric ‘I know it’s unrealistic, over-optimistic’, acting in parallel to this Borderline persona which sings ‘If there’s room, room for doubt.’ However, the persona overcomes such doubt, which fades into the mesmerising haze of Parker’s voice, claiming that ‘the rest is easy.’

In relation to the time narratives invoked throughout the album, Parker’s most notable warning about becoming disorientated within the past is manifested throughout Lost in Yesterday, alluding to its trick of idealising memories. This is captured most prominently through the line ‘eventually terrible memories turn into great ones.’ This reveals the dangers of idealising the past, where the continuous and unchanging instrumentals throughout the song seem to recreate the horrors of ‘Groundhog Day’ which Parker sings of.

The most hard-hitting slogan comes through ‘if they call you embrace them, if they hold you, erase them. This term ‘hold’ indicates the past as an oppressive force that prevents one from moving on, one that has tormented this persona throughout the album. Cleverly, the fading of Parker’s ‘erase them’ seems to break the spell of both the haunts of the past and the continual instrumentals that created this Groundhog atmosphere throughout the song. However, Parker’s time anxieties are only intensified further through the narrower time-frame within One More Hour. The absence of the calming haze, which is characteristic in their previous album Currents, is replaced by the more intense staccato of the piano, again mimicking that of a ticking clock. This reminds both Parker and the listener throughout about the fleeting nature of time, one which fuels the anxieties of perspective throughout this album.

A prime example of this lies within Is It True, where we see a repetition of the paranoid questioning which envelops the troubled mind within Borderline. This is immediately clear from ‘can I tell her I’m in love with her, but how can I know that I’ll always be’, where the impending stress placed on ‘but’ reveals this lack of departure from the mindset portrayed in Borderline. This impending paranoia is intensified through the continual drum beat, which is both catchy yet acts as a metrical clock; warning once again about the impending nature of time.

This observation seems to capture the very heart of the new Tame Impala album, where Parker abandons the hazy psychedelic undertones which were so characteristic of his image, in favour of a more precise instrumental backdrop. These clearer instrumentals compliment Parker’s clearer outlook on the present whilst confronting the past. This is certainly achieved through his honesty, making the listener’s journey into Parker’s troubled past all the more captivating. 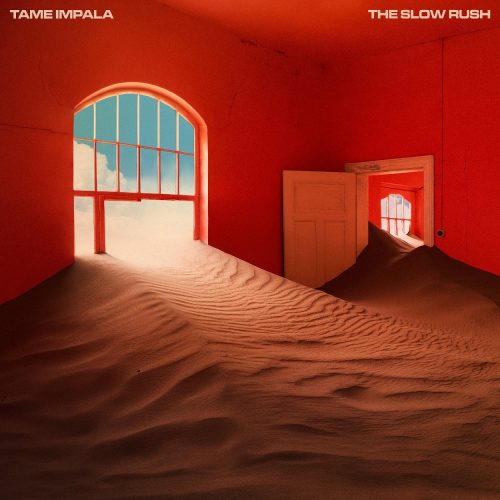