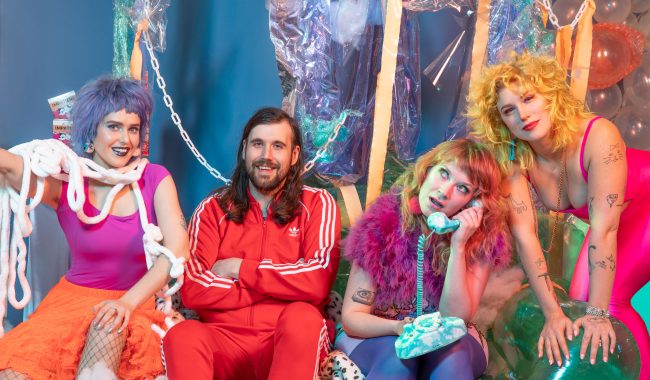 Tacocat mixes pop punk and the political with their fourth LP This Mess Is A Place dropping May 3rd via Sub Pop records. Produced by Erik Blood (who also produced previous album Lost Time), the cheerful music crossing with politically charged lyrics creates an atmosphere of sharp irony that prompts deep thought.

It is unexpected, and that is why it is important. Everything is political. It is not some dark secret that we’re in an era of rocky politics and heightened social consciousness. It is the new normal, so there’s no need to always surround a political conversation with hard, dark music and anger. We gotta talk about it in every way we can, and this lighthearted pop punk is one great way of doing it.

Vocalist Emily Nokes keeps it energetic and fearless with Eric Randall on guitar, Bree McKenna with her bass, and Lelah Maupin on the drums. It is obvious that the punk quartet has been inspired by the riot grrrl movement through their music. It is also reminiscent of The Breeders and Veruca Salt.

Tacocat – The Joke Of Life

The first track, Hologram, is an upbeat reminder that you have more capability than you think, no matter who you are. “Not so long ago/ I used to feel like I was too sensitive to be alive. But maybe not it’s the opposite / Too much to say, so I don’t say anything / It’s not even a feeling / I just wonder how anyone falls for this anymore.” They give a solid critique of the system by reminding us that “power is a hologram.” The Joke of Life reflects on the absurdity of it all while Crystal Ball wants to pull us from the burn out that comes with a world that seems like it is crumbling every day.

Sometimes, in the middle of what feels like complete chaos none of us have the ability to control, we need to take a minute, sit down, and press play. This Mess is a Place has what it takes to re-energise and set fire to the activist soul in anyone. 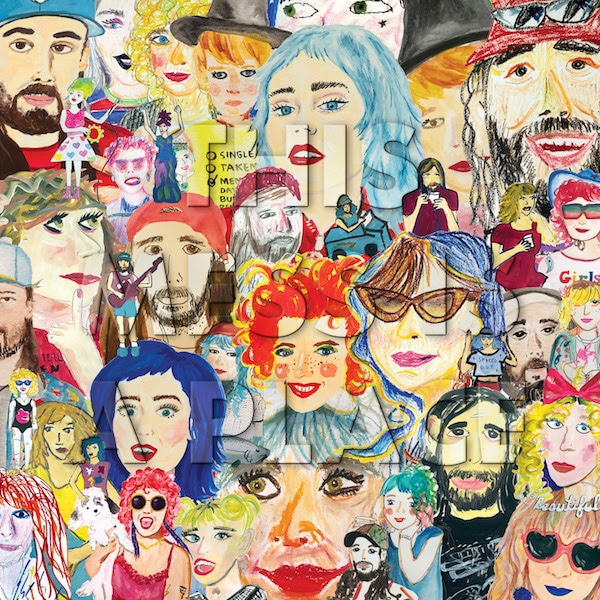 Tacocat - This Mess Is A Place