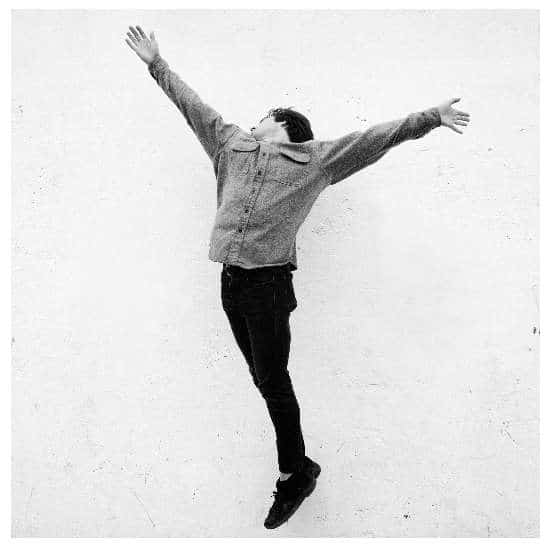 Money, or M O N E Y, is quite the ambiguous band. They have one of those band names that seems arbitrary at first and is impossible to google. Yet the name apparently refers to a quote from the Russian poet Ivan Kozlov: ‘Money is a bottomless sea, in which honour, conscience, and truth may be drowned’. That said, M O N E Y are all about poetry and mystery. Their facebook page is cluttered with poetry written by vocalist Jamie Lee (Eulogy for the death of everything) and graced by cover photo in which two of the band members kiss. The picture is obviously ironic and yet it doesn’t fail to catch the eye. That press shot somewhat vindicated their pretentious arty attitude because it shows that they do not take themselves as serious as it might appear.

The band has been around for about 2 years now. After changing their name a couple of times they eventually signed to Bella Union. In their two years of existence, the Manchester four-piece have not only put out music but also visual and written art that their exhibited in their hometown. Pretty hyped in the UK by now, their UK tour sold out within minutes.

Recorded in London through the deep, dark winter of 2012/13, Shadow Of Heaven is an ethereal, transcendent record that’s notable for its musical and intellectual ambition. It’s the kind of music that can be hard to listen to. It really is one of those things that you need to be in the right mood for and that can’t be listened to on the side. The two singles Hold Me Forever, which I find reminiscent of Scottish act Glasvegas, and Bluebell Fields are the more radio friendly material on the album while most of the rest are solomn piano ballads with lyrics heavy with meaning (Black, Goodnight London) or heavily orchestrated hymns (Shadow Of Heaven).

Rooted in universal themes of the spirit, love and loss, the album also addresses man’s condition in the modern world, issues ‘such as isolation and mental health as logical reactions to it‘, says Jamie.

If I had to describe their sound it would be somewhere along the lines of those solemn ballads The 1975 did for their first EPs, Man Without Country if they weren’t electronic, or Joy Division if they’d played slower and stripped the guitars. Others have compared them to Wu Lyf.

Buy on Amazon | Buy on iTunes