Irish singer-songwriter Foy Vance has been quietly climbing the folk music ranks over the past few years, largely aided by ginger-haired superstar, Ed Sheeran.  In 2013, Foy Vance released a critically well-received sophomore album, Joy of Nothing, the success of the album led to Foy Vance opening for Sheeran at the Madison Square Garden. Clearly, Foy Vance has begun to enter the public’s consciousness. Spake Sheeran,“every time I see Foy play I get annoyed more people don’t know about him … inspiration just comes being in a room and guitar-jamming: with him, songs just come out.” Unfortunately, as Vance demonstrates with his latest EP, Feel for Me, there is a good reason why the vast majority of music lovers don’t know about Vance, a lack of musical growth.

Foy Vance’s lyrics rely primarily on simple rhymes, and simpler – universally known – cliches. The song Feel for Me is the worst offender of the EP. Featuring lyrics such as, “Take my heart to your hand / You think you can’t but I know you can / Swallow it whole like it’s a pill / Let it do the work that you know it will.” While the message conveyed in that line is a perfectly fine sentiment, it lacks any context, or reason to make a listener care about the romance that Vance is singing about. Vance only ever scratches the surface of potential depth in his songs, which is problematic for a singer-songwriter. This over-the-top level of cheese is then complicated by the fact that the chorus of the song, “Feel for me babe, feel for me baby / I’m on fire babe, on fire baby,” is repeated six times over the course of the song. A reliance on repetition is Foy Vance’s biggest weakness as a songwriter.

Perhaps the easiest comparison to the work of Foy Vance is the music of – Irish Singer-Songwriter – Glen Hansard – of Once fame. In the song When Your Mind’s Made Up, Hansard gradually crescendos to a moving finish, his voice cracking and the words barely unintelligible from the power of his singing. The emotion of the song is created by the repetition of the eponymous phrase. Hansard hits every repetition with a increased sense of urgency and pain, until the song reaches an apex, and then goes quiet. In Foy Vance’s ballad Guiding Light, the phrase “When I need to get home / You’re my guiding light / You’re my guiding light” is repeated seven times  – comprising of a little under half of all of the words in the song. The chorus is hit with the same inflection every time that Vance sings it, which prevents the chorus from becoming meaningful. Opposed to the Hansard track, which builds on the established music, Guiding Light, quickly becomes a chore to listen to, as the music slowly progresses through the six minute track.

The music of Foy Vance could easily be characterized as soulful, however it lacks any emotional pull, or any depth, to enthrall a listener. Vance has a knack for writing strong, memorable rhythmic melodies that operates as the center piece of a ‘Foy Vance’ song. For Vance, lyrics are mere window dressings, the craftsmanship of the music is his true calling card. Vance’s previous album Joy of Nothing was praised for Vance’s balanced, well-crafted, music – that gave equal weight to lyricism, and instrumentation. Vance has the ability to write prose that could rival any novelist, as seen in the track  Joy of Nothing – the strongest song on the Feel for Me EP – “Waking up with the pouring rain / Same old sun and the sky again / Calling the doves and fighter planes / Sharing the sky like it’s nothing strange / Falling silhouette on an evening sky / A morning greedy of babies’ cry / And the same lonely night lullabies / The joy of nothing is a sweeter something.” Clearly emphasizing a deep love of poetry, this is the sort of lyricism that Vance should be showcasing in every one of his songs.

Overall, the biggest critique of the Feel for Me EP is the fact that – excluding Joy of Nothing – the record is boring. Vance’s work would benefit immensely from simply cutting the songs down to their roots. There is not a single track on the album that could not stand to half at least 30 seconds of the song cut. Tightening the construction off the songs would create a much more listenable album, and add depth to the work. Feel for Me is a purely lateral move for Foy Vance, it neither hurts, nor adds to his discography; only the most rabid of Vance fans will find value in this EP, for the casual listener, this record is a forgettable experience.

The Feel for Me EP will be released on September 29th, and is available on iTunes, Amazon, and anywhere music is sold.

Evan Almeida is a music journalist, based out of Madison, Wisconsin. In the past he has written for PolicyMic, where he interviewed performers, such as: Atlas Genius, Courtney Barnett, Bastille, Fitz & the Tantrums, and more. 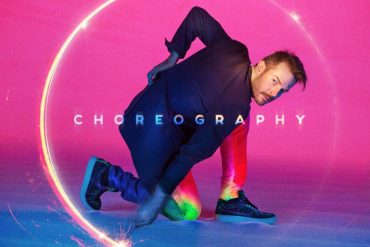