The Adam Green Skit opens the album asking a genie for a “Razorlight album that doesn’t totally suck.” Thankfully, the genie delivered. Olympus Sleeping is party rock with punk qualities. If you need a sonic release, this album is where you’ll find it. The track, Brighton Pier, showcases João Mello’s bass line that begs you to follow.

Carry Yourself is a self-confidence boost in 3:53 minutes while vocalist Johnny Borrell sends the message “you gotta carry yourself”  into the life of anyone who listens. Midsummer Girl would pair well with a summer fling in the 50s if not for the ska vibes.

Olympus Sleeping is vitamin D in your headphones. It’s bright enough to resurrect a dead mood on a dark fall evening. It is entirely relatable and the lyrics know what you’re going through. Razorlight’s album is worth the wait. 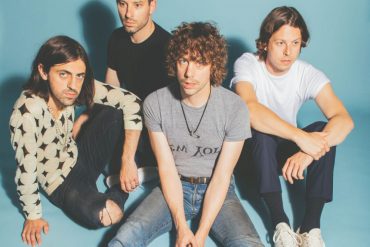