New York newcomer duo QTY today reveal their self-titled debut album will be released on November 3rd via Dirty Hit (The 1975, Wolf Alice, King Nun). The record which was produced by Suede guitarist Bernard Butle, is available to pre-order now.

The band, consisting of Dan Lardner and Alex Niemetz, have also dropped their new single Michael today. Listen below.

Having both grown up in NYC, the duo met over an ice cream and bonded over a shared love for glam rock and David Bowie specifically. Dan and Alex explain that both songs detail their relationship. Other than that, QTY are pretty elusive for now and mark the first US band to be signed to UK label Dirty Hit.

QTY have also announced new tour dates, including a headline US tour throughout October / November. Full details below. 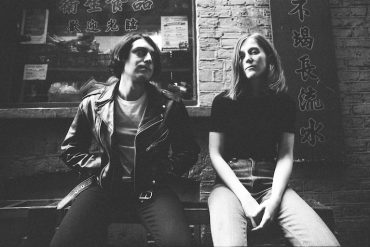