Melbourne rock quartet Press Club have just dropped their first single of 2018 titled Suburbia. The new track is also the first to be lifted from their forthcoming debut album Late Teens which will be released on March 16th. Listen to Suburbia below.

Next to Suburbia, recent singles My Body’s Changing and Headwreck will also be on the album. Late Teens is available to pre-order via the band’s bandcamp as digital download and limited vinyl LP. The tracklisting and artwork can be found below.

Conceived in a garage in Brunswick (a suburb of Melbourne), Suburbia was recorded live in one day during the Late Teens sessions at The Aviary Studios in Melbourne. As with all of their work it was completely self-produced by the band and engineered by the band’s guitarist Greg Rietwyk. 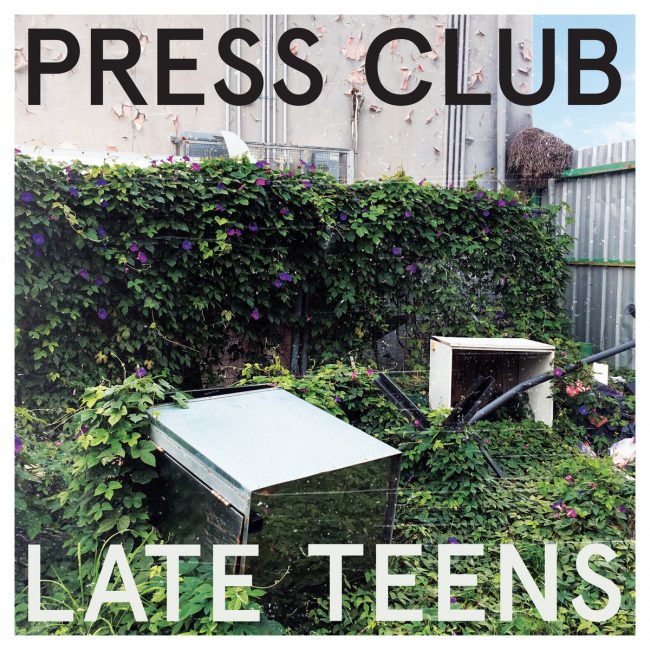 The single’s artwork features an early 1960’s photograph of bassist Ian MacRae’s family home where the band spent a considerable amount of time refining their songs prior to putting Late Teens to tape.

Press Club have also just announced an Australian tour supporting The Smith Street Band. Recent performances include support slots with Cloud Nothings, Iron Chic, Dream Wife, and Polish Club as well as slots at The Grampians Music Festival and the upcoming Pool House Record’s Pool House Party. All dates and tickets can be found below.